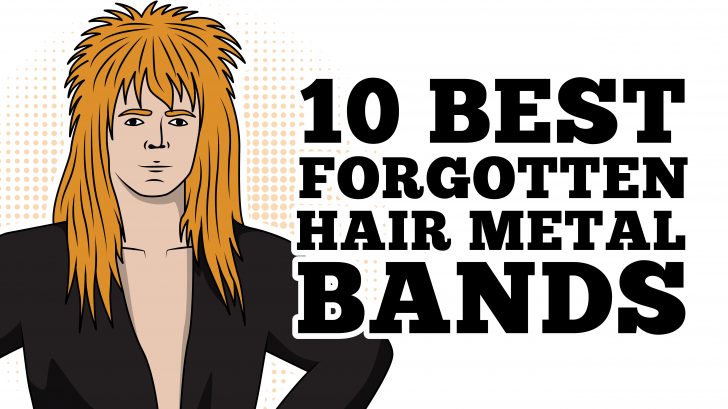 The 80’s was an era full of color and a wide array of rock music, including hair metal. Some well-known ones are still remembered and listened to until today including Mötley Crüe, Def Leppard, Poison, and Twisted Sister. Hair metal is flamboyant and loud but glamorous. Their songs are catchy, somewhat depressive, and overused in wild parties. The genre itself has died down in popularity and dragged along with it are some bands who never got the credit they deserved.

This band’s whole gimmick and style was actually inspired by the colorful kids’ breakfast cereal, Trix. It sounds like a joke, but it isn’t. Kix was part of the glam era bands who kept writing songs about suicide just to sound deep and dramatic. Looking back, it could’ve actually been dangerous, but they weren’t the only hair metal band that did it. Their song “Blow My Fuse” hit number 11 on the Billboard charts. Throughout the years, Kix continued to record and tour, and was even part of the Rocklahoma festival in 2008 in Oklahoma. They are also a staple act at the annual M3 Rock Festival in the band’s home state of Maryland. In 2012, they reunited and signed a record deal, releasing a live album.

These five girls from California were under a major label Mercury. It’s pretty obvious what genre they wanted to be categorized under, having put “metal” in their band name. If they were famous today, they’d be categorized as hard rock with a modern K-pop kick. It’s all Girlschool glam– bright colors and free spirited rock tunes.

Warrant was the band that released the signature sex-anthem “Cherry Pie”. The track inexplicably defined what 1980s hair metal was. It was a great glam tune that carried out every element of what a hair metal song should be. The band did release other hit songs such as “Down Boys” and “Heaven”. Ironically, frontman Jani Lane is absolutely appalled by the song that catapulted his band. He proclaimed, “I could shoot myself in the f—ing head for writing that song!”

Though he later recanted and said, “I’m happy as a clam to have written a song that is still being played and still dug by so many people. It’s hard enough to write a song, let alone one that sticks around.”

Enuff Z’Nuff delivered one of glam metal’s most impressive debuts. They had all the elements a hair metal band needed to succeed  — explosive drums, whammy-bar guitar riffs and that  Lennon/McCartney-esque melodic harmony of the songs they released.

“We were true power-pop but we got signed at the worst possible time in the whole metal frenzy,” Z’Nuff vocalist Donnie Vie said in a 2011 interview. “I would write something and by the time the production was all through it would have 20 seconds of nonsense guitar jabberwocky and all these crazy vocal and drum effects on it.”

It might be hard to admit that the over-the-top production was the downfall of the band.

Smashed Gladys could’ve made it big had they not been crowding along with Guns N Roses, L.A. Guns and Bon Jovi in the prime hair metal rock. All the elements for hair metal success were there: a hard-rocking glamour upfront, a touch of punk and glam pop songs, and originating from New York. The band was fronted by singer Sally Cato who definitely toughed it up as good as any of her male counterparts in the same genre. They had such great potential, having had a major label deal with Electra records, even having Ozzy Osbourne sing background vocals on a song on their album. Sadly, they just never seemed to make it big into the mainstream.

RATT was a band that helped shape the sound of glam metal in the early ’80s, being was one of the first glam metal bands on Sunset Strip.  Remember their singles, “Round and Round” and “Lay It Down”? Those songs featured amazing fretwork by guitarist Warren DeMartini.  RATT showcased their superior musicianship over the bubblegum pop and rock groups of their time.

Von Groove came into the spotlight at end of the genre in 1992. The Canadian hair metal band’s sound is melodic, over the top, poppy, fun rock n roll and might have already been out of place by the time they released an album. Grunge gaining much traction during that era. Nevertheless, they deserve more attention and credit for well-written rock anthems that tried their best to keep rock alive.

Formed in 1983, this band had a pretty bright future ahead of them when they released their album “Rat Race” in 1990 under Chrysalis Records, produced by big-time music producer Howard Benson. They also did a US tour in the same year, opening for another forgotten hair metal band, Cold Sweat

The original lineup came and went throughout the years ultimately disbanding in the late 90s. A couple of members went on to be in a some of the most notable metal bands like SR-71, Dirty Looks and Charm City Devils. The Charm City Devils album, Sins, was dedicated to lead singer Brian Jack after he passed away in 2012 in what was an apparent suicide.

There was a sea of hair bands back in the day and only a few really stood out. One that did, if only for a short while, was the band  Babylon A.D. Their self-titled debut album was released in 1989 featuring the song “Bang Go The Bells”. The band did fairly well, scoring three number one songs at metal radio. They even reached gold status on their first release. Despite their success within the world of hair metal, they did not quite break out into the mainstream. Another great hair metal band that has gone totally underrated.

Britny Fox was in the same league as Poison and Cinderella in the hair metal band corner of rock in the ’80s. All bands were bred in Pennsylvania. In their debut album, they had an AC/DC rip-off version of “Hot For Teacher” with their single “Girlschool”. The song was about cigarette-smoking young ladies who don’t follow rules.