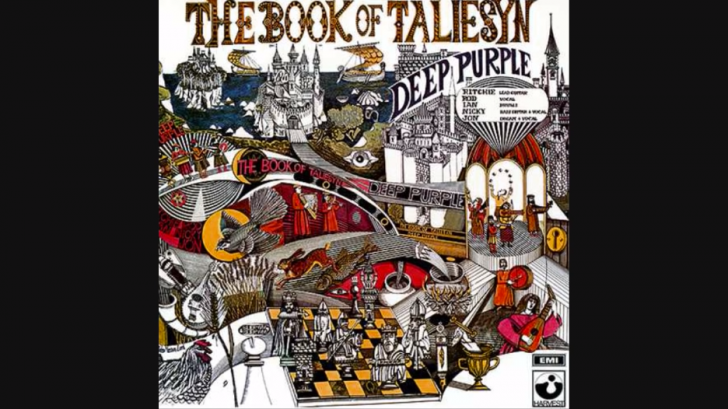 Below you can see a list covering 10 awesome classic rock tunes that reference the Middle Ages, from hard-rocking guitar riffs telling tales of historical events that unfold the medieval times to lyrical statements concerning mythicism, romance, and legends.

Immigrant Song is a song composed by Jimmy Page and Robert Plant which opens the album Led Zeppelin III, one of the most famous songs of the group formed in the city of London. It is a tribute to the Viking navigator Leif Erikson; considered the first European explorer to arrive in North America, five hundred years before Christopher Columbus.

Led Zeppelin – The Battle Of Evermore

The narrative in “The Battle Of Evermore” has Arthurian overtones and is influenced by the Anglo-Scottish war. However, the great battle of El Retorno Del Rey permeates the composition more than the aforementioned elements.

This song references the Norse god Thor in the 4th line of the first verse (‘The winds of Thor are blowing cold’) and can be fully described as the journey of various housecarls passing significant information to their earl.

Jethro Tull – Minstrel In The Gallery

‘Minstrel In The Gallery’ that appears on the band’s eighth studio album as the title track released in 1975. The tune was written by Ian Anderson and Martin Barre.

Jethro Tull – Songs From The Wood

The lyrics can be translated as the violent struggle of the indigenous peoples of Britain against attacking troops which arrived from either the south or the west, having soared across the North Sea through the Migration period (i.e. the Celtic Britons who faced the Anglo-Saxons, and/or, later on, both the Scotsmen and the Anglo-Saxons opposing the Norsemen) or across the English Channel at the Battle of Hastings (1066).

Focus – House Of The King

‘House Of The King’ is a tune by Dutch progressive rock band Focus. The track is highlighted on their third studio album ‘Focus 3’ released in 1972. ‘House Of The King’ was used as the soundtrack for ‘Saxondale‘ (a British sitcom serial) as well as for ‘Dont Ask Me‘ (a famous British science education program of the 1970s).

Despite having to lack explicit lyrics, with the band’s singer and flute player Thijs Van Leer presenting the usual four-octave vocal range mimesis, it can be recognized as a hint to wizardry during medieval times.

The track makes lyrical allusions to the Book of Taliesin, a 14th century distinguished Welsh poetic document, as well as to sovereignty and, maybe, even to the saga of Merlin (according to a separate analysis).