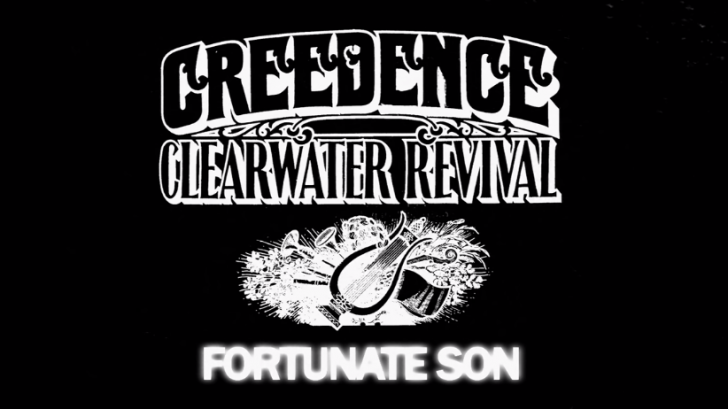 Pop and rock took the sixties – rock even before – strongly to stay with us forever. A phenomenon that spread throughout the world with the immediate appearance of the fan phenomenon, followers of each style of music, and its reference groups. We look back at the 10 Classic Rock Songs That 60s’ Teens Grew Up With:

Rock in southern California in the 1960s spoke of surfing, endless days of sunshine, summer romances that go away as soon as they come, and powerful cars with which to cruise the coast in search of waves. The Beach Boys represents that spirit like no other band, although the desire to become bigger than their stamp soon entered them and ‘Good Vibrations’ was the best proof that they knew how to do more than simple and absolutely accurate songs, with hardly any failures, releasing three albums a year.

We owe so much and so good to Cream, the band that taught us all the supergroup concept, that any recognition we can do to the trio of Clapton, Bruce, and Baker is little. The immense ‘White Room’ perfectly represents the greatness of his psychedelic rock framed by an impeccable technique, in one of the first massive hits of the wah-wah effect on guitar.

Jethro Tull — We Used To Know

Jethro Tull are the group that taught us that the flute can be as rocky an instrument as the most, but before becoming one of the great references of the progressive of the 70s with the immense Aqualung, they had time to drop some jewels to the late 60s like this ‘We Used To Know’ which already presented, perhaps in a more restrained way, the particular distinctive features of the British band.

The cut, which is much more complex when analyzed in detail than its elegant pop chorus might imply, failed to reach the top spot on the hit charts of the time despite being today one of their most recognizable compositions. It can be found closing the fifth album, Something Else by The Kinks.

Chuck Berry — You Never Can Tell

The 50s were a time of great success for Chuck Berry, who swept songs like ‘Johnny B. Goode’ (ranked 21 on our list), but the next decade did not start so well for him, as he was tried and sentenced to five years in prison for violating the Mann Law. In the end, he turned a year and a half between 1962 and 1963, time that he used to write songs like “You Never Can Tell,” which was published a year after its release. With his image seriously damaged, Berry was never able to emulate the successes of his early days, but you see that his ability to compose immortal rock classics was not diminished at all.

The Doors — The End

If you ask about the most epic moment of the 60s; the answer surely is: ‘The End’, from beginning to end. Ten minutes in which, as listeners, we can only surrender to the absolute dominance that The Doors, with a Jim Morrison announcing his catharsis to each verse, exert in the most glorious ten minutes of their insurmountable discography. Originally conceived as a simpler song about the end of a romantic relationship, it grew with the passage of live performances until it became the masterpiece that we all know today.

The Animals — The House of the Rising Sun

Speaking about ‘The House of the Rising Sun’ sometime after it had already become their flagship, Eric Burdon assured that they found it while looking for a special theme and that allowed them to differentiate themselves from so many other groups of the time.

‘Fortunate Son’, by Creedence Clearwater Revival in 1969 with protests increasingly filling the streets has served as a banner for numerous antiwar movements around the world, being of course one of the high points of a group that is not exactly short of great successes.

The Beatles — While My Guitar Gently Weeps

The Beatles got a little out of hand with the White Album, but don’t let them embitter you with their pessimism of being around the house. The problems grew within the band and the desire to put limitations was rather few, a situation that each member took advantage of to put what he could best into the mix. George Harrison’s most important contribution to the cause was the emotional ‘While My Guitar Gently Weeps’, where he managed to have the participation of his friend Eric Clapton to interpret the guitar solo.