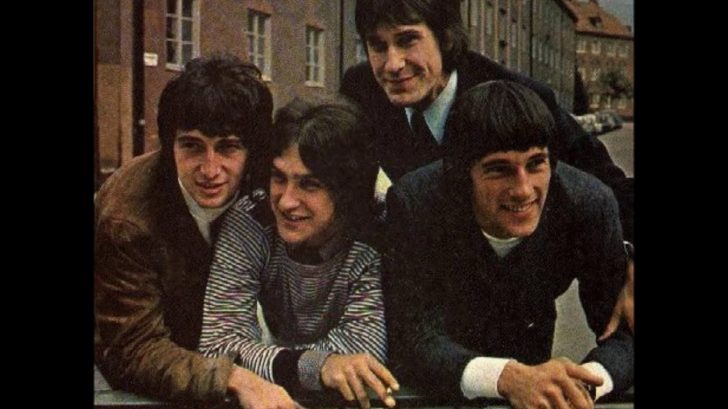 1964 is the key on our list, as you will see below. The number of songs that appear is spectacular … and many of them will already sound familiar to you, no matter how old you are.

Below are the 10 Classic Rock Songs That Instantly Takes You Back To 1964:

Chuck Berry – You Never Can Tell

And what better way to start the year 64 than with one of the best-known songs in the world? “You Never Can Tell” always enjoyed fame. Not surprisingly, Chuck Berry was a world rock star, but if something turned this song into a myth it was, without a doubt, his appearance in Pulp Fiction, the film that made Quentin Tarantino one of the most interesting budding directors of his career.

The great Roy Orbison should be remembered that he had several more musical successes in his career, and worldwide and being one of them is “Oh, Pretty Woman” from 1964.

Simon & Garfunkel – The Sounds Of Silence

Simon & Garfunkel are, for many, the renovators of folk-pop music, forgetting the tone of protest, but advancing a new way of listening to music, much more relaxing than the usual folk, but without forgetting the lyrics. The Sounds Of Silence already appeared on their first album, which happens that does not sound the same as the version that ended up really succeeding.

The Animals – House Of The Rising Sun

The description of this song, and in general of all the songs that during this decade were sung by bands that began with “The”, are authentic songs, and as such, the facts are worth more than the words – “House Of The Rising Sun,” the song that brought The Animals in the annals of rock music.

The Beach Boys – I Get Around

The year 1964 is a piece of the year, which only gives a glimpse of what is to come. This decade that, for many, begins to die in Woodstock, but that for others does nothing more than preparing us for the next decade, which will fill us with another rock. Rock, today half-dead for the masses, but 40 or 50 years ago the best that there was for the masses then, and especially for the youth. But when we talk about rock, of course, we also talk about The Beach Boys.

“Hard Day’s Night” belongs on this list, a song that is a true jewel of its moment and is worth remembering.

The Kinks – You Really Got Me

Something that makes The Kinks second as a contemporary rock band of The Beatles, despite having a number of high-level themes in each of their works, and being, in many cases, harder on a musical level, to test this song, with that distortion on the guitar, with that chorus, with that everything.

Surfin ’Bird (attention!) Is born from the mix of two hits the Rivingtons, Papa-Oom-Mow-Mow and The Bird’s Word. What today would be known as a mash-up, but developed by a band under the premise of putting two songs together.

Just The Supremes, if you like, but both at that time and years later, it was Diana Ross who established herself as the main voice and who stood out for the audience and the producers of the group – which you can witness in this gem released in 1964, “Baby Love.”

Do Wah Diddy Diddy is another of those songs that we have associated with childhood (some of us), perhaps by our parents, perhaps by television, perhaps because it is true that over time they began to be used to liven up children’s evenings in according to which environments. Who knows by now. What we do know is that it is another of those undervalued classics, or forgotten, for not belonging to a band of great successes over many years.