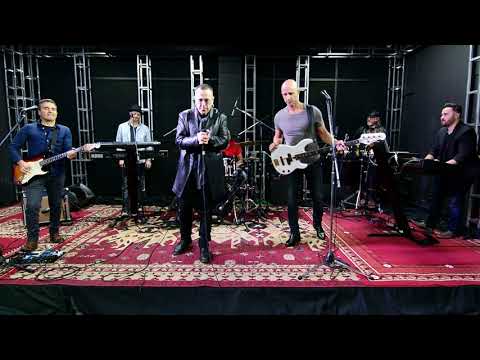 While most acts struggle to break into the big time, Foreigner’s popularity came quickly. According to Billboard, their debut album not only topped the charts, but it also went platinum five times.

FOREIGNER ALMOST ENDED BEFORE IT EVEN BEGINNED.

Founder Mick Jones is the driving factor behind Foreigner. In his autobiography, “A Foreigner’s Tale,” he related the account (through Louder Sound) of how he came to a moment in his existence where his journey might have divided in two completely different routes, only one of which led to Foreigner. And what about the other?

He was a member of the band Spooky Tooth, and when they began creating waves in the United States, they chose to relocate to New York. Jones was staying in Manhattan with a buddy of the group’s keyboard player in 1974. When Jones discovered that his roommate had not been making payments with the money Jones had been sending him for the rent, things had gone sideways. They were removed, and their belongings were confiscated except for few guitars he managed to save.

Jones described being so unhappy that he pondered Plan B: “I seriously considered returning to England and… becoming a dentist.”

BEHIND THE NAME WERE A FEW THINGS.

In his memoir, “A Foreigner’s Tale,” he said (through Louder Sound) that he had recruited the majority of the group, featuring Al Greenwood, Ian McDonald, Ed Gagliardi, and Dennis Elliott, and yet they still lacked a lead vocalist. They did, however, have a moniker, and that was Trigger.

An Atlantic Records executive told them they had to come up with something else, so Jones chose Foreigner after becoming intrigued by the group’s makeup. There were 3 Brits and three Americans among the six. “The idea behind the name was that if we went to England, there’d be foreigners in the band, and if we went to America, there’d be as well,” Jones later revealed (via Yahoo!).

In 2017, the San Francisco Examiner conducted a look back at his career, which began with a group named Nero and the Gladiators, whose members went onstage dressed as Roman centurions. They were engaged in the 1960s to accompany a French singer named Dick Rivers on tour, and they delivered — kind of. Jones began an affair with a lady traveling with the group, which led to his dismissal from the tour: the woman was Rivers’ fiancée.

They remained together, and Jones eventually joined another group and decided to play for Sylvie Vartan. During one of those performances, he was smacked by the onstage curtain, dropped his instrument, and began swearing… only to have someone approach him, desperate to hear his English accent. It was John Lennon who brought Jones into contact with the Beatles.

He also spent a bit of time travelling with Johnny Hallyday, called the “French Elvis.”

THE OTHERWORLDLY ORIGIN OF THIS SONG

Foreigner’s “I Want To Know What Love Is” is an undoubtedly fantastic song, and there’s an explanation for it, according to Mick Jones.

“I don’t know where it came from. I consider it a gift that was sent through me. I think there was something bigger than me behind it. I’d say it was probably written entirely by a higher force.”

THEY CREATED JUKE BOX HERO ABOUT A TRUE FAN… AND TRYED TO CONTACT HIM.

Mick Jones shared SongFacts the following story: They were in Cincinnati for a show and had went to the stadium for a pre-show rehearsal. Fans had congregated at the door, however when the group returned five hours later — in the pissing rain — only one man remained. Jones went on to tell what transpired next: “I thought, well, he’s waiting like five hours here, maybe we’ll take him in and give him a glimpse of what happens backstage at a show.

“And this kid was just mesmerized with everything. … And I just imagined what was going through his mind. … That’s how it originated.”

In 1992, Jones was already in L.a., and Gramm happened to be on his way there. A record company rep organized for them to convene in Jones’ hotel room to chat, which proved to be the same day the LA riots began. Gramm had just arrived at the hotel when it was shut down.

“So we were stuck in this place — the Sunset Marquis — for like a week. … We didn’t have a choice,” Jones said. “We had to see each other. Go to your room, you walk around, and you can’t leave… [like] Hotel California.”

ALL OF THAT MUSIC WAS MADE WITH JUST A FEW GUITARS.

It’s natural to believe that somebody who plays guitar for a job, particularly with a group that’s sold tens of millions of records, has a plethora of options, but Mick Jones revealed Vintage Guitar that’s not the case. When questioned about the guitars he’s used on records, in studios, and on tour, he says he only has a few – and his finest is already gone.

That was an ES-345, he adds, “almost identical to the one Chuck Berry played. It had a rich orange-red color — my favorite guitar. It was a real classic and had a lot of history. Unfortunately, it was stolen.”

Everyone handles popularity uniquely, and Lou Gramm dealt with it by becoming a born-again Christian.

He spoke eloquently about his beliefs to Cross Rhythms, claiming that he began his religious journey in 1991. He elaborated:

“I think that rock life and the traveling and everything that goes along with it had begun to get the better of me. I was not being the kind of person my parents raised me to be and I knew I was being overcome by drugs and alcohol and was at the point where there was nothing I could humanly do to stop it. And I tried time and time again.”

LOU GRAMM WAS TOLD THAT HE WOULD DIE.

Lou Gramm began experiencing unpleasant symptoms, such as headaches and unexpected loss of memory, in the late 1990s. As per the Las Vegas Sun, he went to see a doctor in 1997 and was told he had an egg-sized tumour with tendrils winding across his optic nerve and pituitary gland. Likewise? He was informed that it was inoperable.

Gramm was eventually exceptionally lucky: as he told the Toronto Sun, he met a specialist in Boston who used lasers to perform the surgery after other health doctors encouraged him to “put [his] affairs in order” rather than seek medical assistance.

The Courier Mail published a remarkably brief piece in 2012 stating that Foreigner’s Mick Jones had underwent aortoiliac bypass surgery. According to the Society for Vascular Surgery, this is an operation in which blood is diverted around a faulty or damaged artery, and it is not a last alternative. Still, it was claimed that he was healing fine — but in 2014, Jones revealed a bit more about his ordeal.

“It was a very dark time for me,” Jones told CBS News. “I literally didn’t know where I was anymore. I didn’t know who I was. I mean, I honestly never thought I’d play on stage again.”

Jones went on to state that, despite the fact that the guitar had been a part of his life for ages, one of the side affects of the operation was that he could no longer play it. “Lost the ability to play chords.” He thanked his brother with setting him down, handing him a guitar, and telling him it was who he was — and that he understood how to do it. Jones claims that, in addition to his brother, his family, four children, and three stepchildren, were there to support him, adding: “You just somehow try and hold on.”