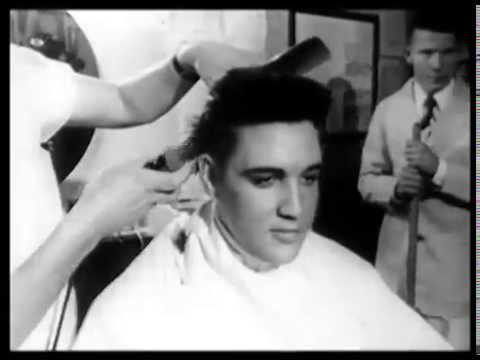 Dogs are the quintessential pets. They are so present in our lives that they have made artists from all over the world dedicate a song to them in their musical productions. Yes, they also have their anniversary. Since 2004, World Dog Day has been celebrated all over the world so that their pets, humans, congratulate them with a few extra hours of affection and perhaps a little gift. As there is no celebration worth without music, here is a selection of the best songs dedicated to our best friends. Below are the 10 Greatest Rock Songs About Dogs:

The Beatles – Martha My Dear

The most famous group in England also stood out for dedicating a song to one of the pets of one of the members of the band. Paul McCartney was the one who wrote it for his dog on the album “White” in 1968.

A bobtail dog named Martha. His dog was his faithful companion and he tried to go with her everywhere. John Lennon was surprised by the great love that Paul McCartney felt for his pet. People believed that the letter was dedicated to some girl because of the affection with which it was written.

This daring band included the song Seamus on their album “Meddle” in 1971. Seamus was the name of Steve Marriot’s Collie breed dog, a member of the band Small Faces. David Gilmore had to take care of Seamus for a while and he became a new member of the group. It was a somewhat peculiar and original song that aroused much criticism among its fans, because the dog’s barking was heard during the song both on stage and immortalized on the album.

In 1970, Robert Plant, the lead singer of the band created and dedicated this song to his dog Strider. In his song he describes the best and most beautiful moments shared with his pet, assuring that it is an incredible and pure friendship that no one could replace.

On his 1966 album ‘Everybody Loves a Nut’, the man in black included an old Jack Clement composition for which he had a soft spot. It was inspired by a dog, but with the rural look that Cash always had in his blood. “Well he’s not very handsome to look at. Oh he’s shaggy and he eats like a hog. And he’s always killin’ my chickens. That dirty old egg-suckin’ dog.”

It is a cover that Elivis Presley made of the song that the singer Red Foley dedicated to his pet. Of course, thanks to the King, it became known throughout the world.

John Hiatt – My Dog And Me

This song talks about the freedom Hiatt feels walking his dog and everything the dog does when they go for a walk. An ode to everyday life.

The Canadian singer-songwriter composed this tune after the death of his dog King, who jumped out of his truck to chase some deer, leaving him alone and sad on the road. “King went a-runnin’ after deer. Wasn’t scared of jumpin’ off the truck in high gear. King went a-sniffin’ and he would go. Was the best old hound dog I ever did know. That old King was a friend of mine. I never knew a dog that was half as fine. I may find one, you never do know. ‘Cause I still got a long way to go (“King went running after the deer. He wasn’t afraid to jump out of the speeding truck. King went sniffing and now he’s gone. He was the best bloodhound I’ve ever met. Old King was my friend. I’ve never met a dog that was half as good. I might find one, you never know. ‘Cause I’ve still got a long way to go.” to set the pace.

Cat Stevens – I Love My Dog

Yusuf Islam, better known as Cat Stevens, was more direct. The song is a clear dedication of love to who was his best childhood friend: his dog. “I love my dog ​​as much as I love you / But you may fade, my dog ​​will always come through.”

The Beatles – A Day In The Life

At the end of this gem, John Lennon and Paul McCartney decided to include a high-pitched whistle that only dogs can hear. For a long time it was something of a myth that this whistle actually existed (although many people reported that their dogs did have reactions to the song, especially when played on vinyl), but a couple of years ago McCartney confirmed that the whistle is there.

Apparently this Zeppelin song was inspired by a black dog that was wandering around the studio just as they were recording this album. What could the band have seen in this dog that led them to write this song?