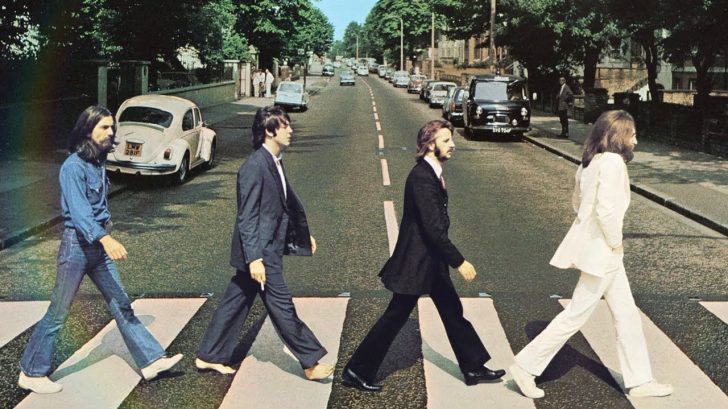 Curious nostalgia for a time not lived, but hard enjoyed. That is one of the little tricks that music has in its firm intention to become immortal. It doesn’t matter if you weren’t there, it’s inconsequential that you were born decades later. It is enough to put on a record and move, thoughtfully, to that very tidy year in terms of musical excellence. And if we relate 1969 in terms of wine vintage, we would speak of a simply unbeatable vintage.

Bethel, New York. Almost half a million people attend the most iconic and remembered festival of all time. Mud up to the eyebrows, social commitment, torrents of lysergic acid, and legendary performances like Santana, Joe Cocker, The Who, Jefferson Airplane, Neil Young, Jimmy Hendrix, Creedence Clearwater Revival, Janis Joplin or Sly and The Family Stone.

The official farewell to the Beatles (Let it Be hit stores a year later, but they are songs recorded before this Abbey Road) is nothing short of a joyous funeral. A so far we have come full of talent where all the members of the Liverpool quartet have something to say. And one of the most iconic album cover in history.

The first and self-titled album by one of the guitar legends was released in 1969. This album managed to push the band into Woodstock. Hence, catapulting to fame was not complex. Percussions, timpani, and their immortal riffs are woven throughout nine songs of Latin whiplash and electrifying blues.

It may be that there is no such recognizable opening riff as the opening of this album, with Whole Lotta Love leaving the staff flustered. Hard Blues Rock with an unmistakable stamp and its ability to masterfully alternate the acoustic with the electric. Moby Dick, Ramblin On, Lemon Song or Heartbreaker are just a few examples of the hit list that includes one of the sonic peaks of his career.

Frank Zappa’s second solo album and the seventh of his global career is a compendium of progressive rock with touches of jazz across six songs as convoluted as they are fabulous, with a luxurious opening such as this immortal Peaches in Regalia.

The Rolling Stones – Let it Bleeding

Eighth studio album for their satanic majesties. The death of Brian Jones while the album was being recorded gives an extra aura of mystery to a work that is often classified as the best of the British.

Pete Townshend shows his greatness at the compositional level with this mammoth double album in the form of a visual triptych that is a progressive rock opera where the adventures and misadventures of that Tommy who gives the work its name is told. Personal drama, drugs, and pinball addiction for a convoluted and fascinating story.

One of the jewels in the crown of progressive rock, In The Court Of The Crimson, where Jazz and even classical music have a lot to say. The diverse instrumentalization used gives rise to the most baroque sound recesses, with nuances everywhere to keep in mind.

The first album that comes out of the Velvet after the musical break between John Cale and Lou Reed ends with the departure of the group from the first and the permanence of the second, which seeks more spiritual edges and less compositional complexity, but with ten songs in which Reed shows his unbridled talent.

Others who know about proto-punk for a while. Iggy Pop and his men burst onto the scene like a sonic bulldozer produced by John Cale that has left for posterity all the rage of a generation in songs like this I Wanna Be Your Dog.