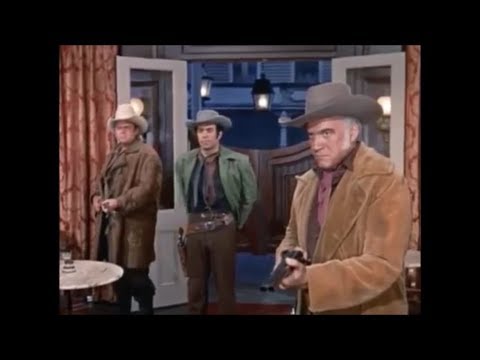 In the middle of the American spectacle, a western series had great fame: “Bonanza”. From 1959 to 1973 it entertained viewers with an impressive 14 seasons. We bet even the most loyal fans don’t know these 10 Interesting Facts And Stories about this classic that aired for so many years.

#10 – Most of the Cast Members Wore Hairpieces

During the final years of the series, Greene, Roberts, and Blocker had to wear hairpieces because their natural hair was thinning. Greene and Roberts began the series wearing hairpieces, while Blocker began wearing a toupee in 1968.

#9 – Michael Landon Got His Name from an Unusual Source

His registered name was Eugene Maurice Orowitz in 1936, Landon chose his stage name from a phone book.

The actor weighed 14 pounds when he was born on December 10, 1928, making him the largest baby ever born in Bowie County, Texas. The record still stands to this day.

Not only is the popular buffet chain named after the show, but it was also founded by one of its cast members. Blocker started the chain in 1963, which eventually had 600 locations in 1989. The “Ponderosa” restaurants began in Canada in the early 1970s and expanded to the United States in the 1980s. Today, both chains are owned by the same company.

#6 – The Series Was Almost Canceled After Its First Season

Because the Western faced Perry Mason during its first season, it was not in the top 30 shows in 1959-1960. However, NBC decided to keep the show because it was one of the first to air in color. After the show’s second season, a timeslot change caused “Bonanza” to rise in the ratings, eventually becoming the # 1 show between 1964 and 1967.

#5 – The Characters Wore the Same Clothes All the Time

Of course, that reason was money. It would have cost an outrageous amount to shoot the characters on their horses in different costumes. If everyone wore the same costumes for each episode, the same footage could be used to cut scenes, repeat action scenes, etc.

Well more or less. He wore 4-inch platforms on his shoes to make him appear much taller than he actually was.

#3 – The Show Was a Tactic to Sell Color Televisions

Bonanza was the production company’s first television show to be filmed entirely in color. Producers knew this could make a profit for new color televisions and this was another reason why the network worked so hard to save the show in its early days.

When Dan passed away unexpectedly after gallbladder surgery, the producers knew that no one would be able to take his place. So, they did what no show had done before, killed one of its main characters, and explained in the script that he had drowned trying to save a woman.

Producer Dortort envisioned Ben Cartwright as a representation of King Arthur and his three sons as his knights, except that it all happened in America’s Wild West rather than in 5th and 6th century Europe.