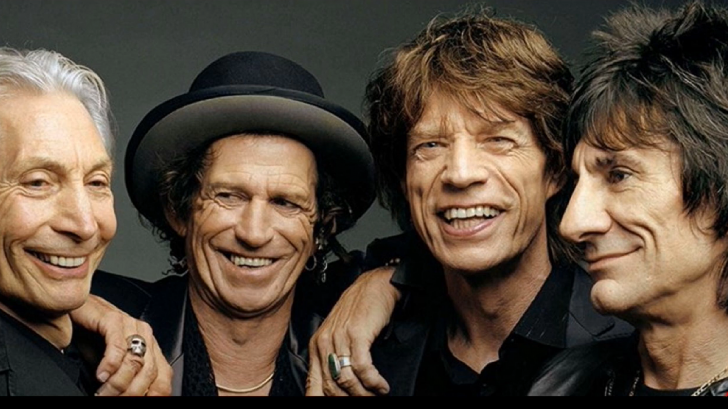 The most imperishable gift is a song. For this reason, numerous musical figures one day wanted to dedicate one of their compositions to their mothers, which we bring together today in this beautiful tribute to all of them. For her delivery, for her dedication, her generosity, for the greatness of her presence, and also that of her absence. For her teachings, her company, her unconditionality, her light, and her advice. For being a refuge, for being home, for being companions and guides, proud of each step we take as if it is also their step.

In this song from Blondie’s ninth album released in 2011, “Panic of girls”, Debbie Harry and her family looked for an urban parallelism with which to identify the maternal role. They found in a supposed joint called “Mother”, to which the night-owl crowd goes every day, attracted by its charm, a way of expressing the natural dependence that keeps us united with our mothers. «Mother in the night calls you, calls you» sings the blonde of the new wave. A hypnotic sensibility, between zombie faces and rags, takes on greater and more delicate meaning if we take into account that Debbie was adopted at three months and, apparently, has never met her biological mother.

“Mama please, let me back inside,” wrote Freddie Mercury in this issue that did not end up finding him with little strength in the last stage of his illness. It is understood that this is the last song to which he officially provided vocals and, as it was incomplete, Brian May was in charge of concluding it by singing the final verse and adding fragments of live performances of songs such as ‘One vision’ or ‘Goin’ back ‘. The cry of a baby at birth is the sound symbol with which the rest of the band decided to end the composition, included on the album “Made in Heaven” released in 1995, four years after Mercury’s death.

This emotional song in the key of blues, sculpted from the Californian band’s thrash metal character, is part of the tracklist of “Load” (1996), their sixth studio album. Another of those compositions with which James Hetfield manages to make our skin crawl at the high emotional charge that it gives off and in which he portrays the pain and misunderstanding of one of the events that have most marked his life. As a teenager, his mother died of cancer that she refused to treat due to the rigorous religious doctrine she professed, something that Hetfield always condemned and caused deep conflicts in his life. Despite everything, he kept the advice that she gave him in life and that he shows us in this song: «Son, your life’s an open book / Don’t close it ‘fore it’s done».

Rock is often critical and in this 1979 song, Roger Waters performs a strong song about maternal overprotection, which is sweetened by the melody.

The story between John Lennon and his mother, Julia, was very tragic, she abandoned him when he was a child and left him in the care of his sister, Mimi. Years later they would resume that relationship until he was killed by a drunk driver. Despite everything, the interpreter of “Imagine” always dreamed of having his mother’s love again. That’s what “Julia” is about, with just his voice and an acoustic guitar, Lennon will give your mommy goosebumps.

We go back a few more years to get this great Elvis song. This song, composed by Johnny Christopher, is one of the many songs dedicated by Elvis to his beloved Mother, who played a fundamental role in his life. Apart from being a heartthrob, had a strong relationship with his mother, Gladys, mommy’s baby; whom he considered “the ideal woman”. She was always the one who supported him since he decided to be a singer until the peak of stardom. In 1969, Elvis recorded this song as a thank you for so many years of love, understanding, and patience. A jewel if you want your mom to get really excited.

Ah, the Gallagher brothers, those strange beings from Manchester who gave us wonderful songs, but who now only dedicate themselves to fighting each other. When Liam and Noel were still getting along, they recorded “Live Forever” for their debut album, Definitely Maybe. The lyrics have always been a mystery, although everyone relates it as a song of encouragement and eternal youth for his mother, Peggy Gallagher. They should make peace and leave their problems behind, don’t make your mother cry, please.

It is a kind of help song that Jagger dedicates to depressed mothers and housewives, who will not be few today, whom he wants to save from their anguish to combat the hard life they lead. Written by Mick Jagger and Keith Richards, this song first appeared on the UK version of the Aftermath album (1966). The lyrics of this particular song are not very difficult to interpret, from the title and the first paragraph it gives us an idea of ​​what it is about, which is the addiction among housewives to prescription painkillers, something that reminds me certain movie*.

Part of the album No more tears (1991) and released as a single a year later, this song is perhaps the lightest on the list so far in terms of theme. The lyrics are simple, it tells us about a difficult relationship between a son and his mother who apparently have been estranged for a long time, but despite everything, there is still love there. We have no more context than that.

One of the most iconic songs of this huge southern rock band. The track first appeared on their debut album titled (Pronounced ‘Lĕh-‘nérd ‘Skin-‘nérd) (1973) and has since become a staple of the group. The lyrics of this song are simple but moving, in it we can see the advice of a mother to her son, wishing him a peaceful life and motivating him to grow up as a simple man. “Boy, don’t worry, you’ll find yourself. Follow your heart and nothing else. And you can do this, oh baby, if you try. All that I want for you, my son, is to be satisfied”