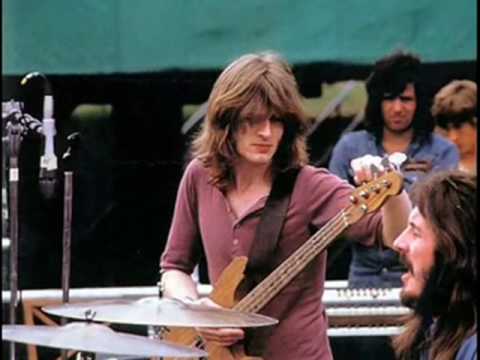 Beyond their resounding successes, several fundamental members of legendary rock bands have always been overlooked. Below are 10 Underrated Band Members From Legendary Rock Bands:

Butler originally played bass guitar and co-founded Black Sabbath in 1968, alongside vocalist Ozzy Osbourne, guitarist Tony Iommi, and drummer Bill Ward. In the eponymous debut album, in 1970, Butler also assumed the role of the main lyricist. He stayed in the group until 1980, but in the following years, he met with the band, as in the last tour, dubbed The End in 2017.

According to those closest to the band, he is described as the brain in business. After firing the band’s manager, John Reid, John Deacon became involved in the financial aspects of the group, as well as in the technical aspects. He also owned a recording studio in his own home. Despite being the member of the group that wrote the fewest songs, he has several to his credit such as “The Dust”, “I Want To Break Free”, “You’re My Best Friend”, “Misfire”, “You And I”, “Spread Your Wings”, “Who Needs You”, “If You Can’t Beat Them”, “In Only Seven Days”, “Need Your Loving Tonight”, “Execution Of Flash”, “Arboria”, “Back Chat”, “Cool Cat”, “One Year Of Love”, “Pain Is So Close To Pleasure”, “Friends Will Be Friends”, “Rain Must Fall”, “My Baby Does Me y My Life Has Been Saved”.

Maureen Ann “Moe” Tucker (born August 26, 1944) is an American singer and musician best known for being a drummer for the rock band Velvet Underground. In a 2010 interview, she said she had stopped making music several years earlier, saying that caring for her grandson was a “full-time job”. In April 2009, Tucker gave an interview at a Tea Party rally in Tifton, Georgia, to a WALB NBC news team. She expressed support for the Tea Party movement and said she was “fury at the way we are being led to socialism”.

The influences of John Paul Jones are many, from Blues, through Jazz and classical piano. Jones’ first band was called The Deltas, at age 15. He then played for a London Jazz-Rock group called Jet Blacks. His first big leap in music came in 1962, at age 16, when he joined Jet Harris (ex-bassist of The Shadows) and Tony Meehan (ex-drummer of The Shadows) in recording the single “Diamonds”, released that time. anus. number one on the UK charts. In this same song, Jimmy Page was playing guitar. With Harris and Meehan, Jones played bass for two years and gained notoriety. Over the next 4 years, Jones was recruited to play bass, keyboards, and violin for various artists, including The Rolling Stones, Jeff Beck, Cat Stevens, Rod Stewart, Shirley Bassey, and Lulu (singer of the classic “To Sir, with Sees it” ). John Paul Jones did not stick to Led Zeppelin, participating in several extra recordings and since the official end of Led Zeppelin, he has collaborated with various artists such as REM, Heart, Ben E. King, The Mission, Brian Eno, Paul McCartney, Foo Fighters among others.

Lifeson is known for his distinctive riffs, use of unusual electronic effects and chord structures, and a host of equipment used over the years. During his youth, he was inspired by guitarists such as Jimi Hendrix, Pete Townshend, Jeff Beck, Eric Clapton, and Jimmy Page. In the 1970s he incorporated elements of classical and Spanish music into his guitar style. Reduced in importance in the group’s music due to the extensive use of Geddy Lee’s keyboards in the 1980s, Alex’s guitar returned to prominence from the 1990s. Lifeson is also capable of playing other string instruments such as bouzouki, mandolin, and mandolin. At Rush concerts, he often performs backing vocals and uses bass pedals and keyboards. Lifeson was included in the list of the best 100 guitarists according to Rolling Stone. His solo on Working Man was voted the ninety-fourth best solo ever by Guitar World.

Charlie Watts was one of the most atypical rock stars in history. Despite being a pillar of the rock band, a symbol of transgression, excesses, ‘sex, drugs and rock and roll’ life, he has always been a quiet, elegant, sober character. And obviously gifted with immense talent. Let’s find out some curiosities about his career and private life. In the early sixties he began his career as a musician and entered the Rolling Stones as the last component among the original ones. In addition to the Stones, he has also released several solo albums over the course of his career, starting with 1991’s From One Charlie, and has participated in numerous extra projects, including a big band with Jack Bruce.

Kurt Cobain was Nirvana. There is little doubt about this. But accompanying the well-known leader on his incredible and incendiary grunge ride were two adventure companions with different but equally strong personalities: drummer Dave Grohl and bassist Krist Novoselic the ‘ third Nirvana’.He met Kurt Cobain in the eighties and joined his new musical project. After a brief interlude away from music, in 1986 he formed the first embryo of Nirvana with Kurt and drummer Aaron Burckhard. The first problems in Nirvana come in 1992. Krist falls into alcohol addiction. A very serious matter, but not as bad as Kurt’s drug addiction. Not surprisingly, in this period relations between Krist Novoselic and Kurt Cobain are deteriorating until, on April 5, 1994, the band’s frontman takes his own life.

Ed O ’Brien boasts of various experiences in the music field. He helped in the creation of the soundtrack for the TV series Eureka Street. It is featured on the Asian Dub Foundation album; he also played with Sinéad O ’Connor, Neil Finn, and others on the Seven Worlds Collide project, of which he is the co-founder. He is a self-taught guitarist, but he has taken drum lessons and is a skilled drummer. He was initially invited into the group by Thom Yorke due to his resemblance to Morrissey. Although Ed doesn’t write any of the songs, he contributes by adding his guitar parts and vocals to the music Thom and Jonny have arranged.

He was the only member who hasn’t left since the band’s formation in 1965. Despite writing few songs for Pink Floyd, he contributes some of the band’s most famous songs, such as “Interstellar Overdrive”, “A Saucerful Of Secrets” and “Echoes”. He also competes in automobile events such as the 24 Hours of Le Mans. He was the only Pink Floyd member to participate in the recording of every album. Despite the disputes over the title of the name ‘Pink Floyd’ that began when Roger Waters left the band in 1986 and lasted for 7 years, Roger and Nick are doing well these days. Nick Mason played with Waters the last two days of his 2002 world tour playing drums on the song “Set the Controls for the Heart of the Sun”, he also played a few shows on Waters’ 2006 European tour and some performances in Los Angeles and New York in the United States. In May 2007, Mason and Waters returned to the stage again at Earls Court to play The Dark Side of the Moon. On May 12, 2011, together with David Gilmour, they played Outside the Wall on Roger Waters’ The Wall Live tour. David also played Comfortably Numb that night.

Lee Ranaldo is a fundamental piece in the musical independence of the last 30 years, a member of the recently deceased Sonic Youth, renowned poet, and one of the best guitarists of all time according to Rolling Stone. An unmistakable guitarist who, after countless projects associated with improvisation, now presents works in which he is closer than ever to the song format to continue taking the pulse of rock while giving free rein to its more experimental aspect.