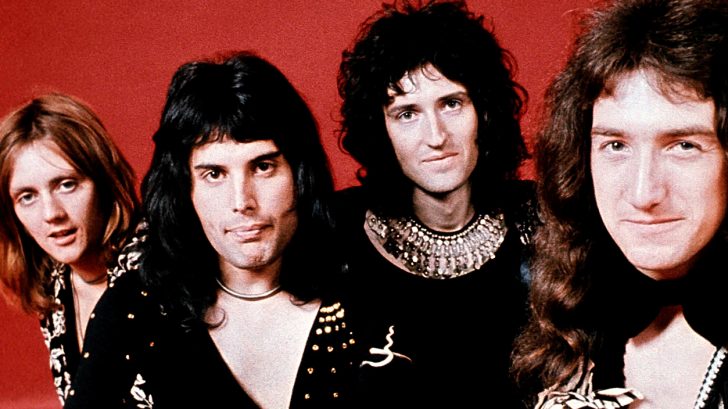 Not every performer treats their audience similarly in terms of how they handle them. There are some rock artists that are friendly to fans and go out of their way to express their gratitude to them for the people who spend time and money on concerts, merchandising, and music, enabling their favorite bands to exist in the first place. There are artists who are kind for every tale you’ve ever heard of a rock star treating a fan terribly.

In 1968, Jethro Tull was founded in Blackpool, England. Singer-songwriter-flutist Ian Anderson attributes a large part of the longevity of his band—which is still active after 50 years—to the bond he and his bandmates have made a point of maintaining with their audience.

“That [responsibility] comes with success,” Anderson revealed to Los Angeles Times in 1996. “If you go out there and reach out to people’s hearts and minds with your music, and someone takes the time to acknowledge you, it’s certainly not asking too much to acknowledge them back. I spend one day a week doing my mail,” he continued. “I imagine there are some folks out there who are surprised to receive an autograph or a couple of lines from me. They’ve earned that by supporting us. They’ve probably bought 10 of our albums and spent hundreds of dollars on concert tickets over the years.”

Dave Grohl Makes Extra Efforts To Give Back To His Community

It might be a bit of an understatement to say that Dave Grohl is a remarkable person. The current Foo Fighters leader and former Nirvana drummer have donated to more than 15 charities, but that is only the tip of the iceberg. Grohl is quick to shed his rock star ego and act out of the goodness of heart when it comes to helping his followers.

The Grateful Dead Facilitated Fans’ Bootlegging of Their Performances

The Grateful Dead were at the forefront of the counterculture movement when they were founded in Palo Alto, California, in 1965. They made diverse, psychedelic music mainstream and were successful until Jerry Garcia’s death in 1995. Their loyal followers, known as “Deadheads,” had access that is unheard of in the modern music business.

Queen Sent Letters By Hand To Their Followers

Queen valued their relationship with their fans above everything else, despite their strained media relations. In the 1990s, Queen’s fan club members got four magazines a year, each of which featured a copy of a handwritten message from a band member.

Although Ronnie James Dio passed away in 2010, his musical talents continue to be heard today because of the ardent fans he amassed and the fellow musicians who were around to witness his affable encounters with fans. Regardless of how exhausted he might have been, Dio would always remain to see his fans after a gig, according to Lzzy Hale of Halestorm, who spoke to Loudwire.

While Seeing A Roger Waters Concert with His Wife, Richard Wright Signing Autographs

On the fan website A Fleeting Glimpse, Cameron Mayer, a longtime Pink Floyd supporter, talked about his interactions with the band. In August 1999, Mayer was watching Roger Waters perform with his new band in Atlanta with some friends when he saw Richard Wright, the former Pink Floyd keyboardist, seated just a few feet away. To Wright’s dismay, Mayer declared himself to be the “biggest Pink Floyd fan on the globe” once the first set was over.

After a few minutes of conversation, a different man turned to look at Wright and said, “Are you?” Wright put his finger to his lips in an effort to prevent any possible disturbance from erupting, but not five minutes later, the game was over. Mayer remembers:

“At this time, there are a bunch of folks hounding Rick for autographs, giving thanks, etc. He seemed a bit antsy at this point, so we just kicked back and took it all in. I got up to go and get a tour program to be signed, and also to get a beer.

While standing in the beer line, the 2nd set started… I missed about 2 minutes of the first song, but no biggie… I had my program and was going to get an autograph at the end of the show!”

One Fan Was Flown Out To London By The Rolling Stones For “Exhibitionism” And A Surprise Meet-and-Greet.

Superfan Alex Emanuel’s dreams came true when the Rolling Stones flew him from New York to London for a surprise meet-and-greet at the band’s thematic exhibit, “Exhibitionism,” in May 2016. In addition to enjoying the two-story collection of rare items from the band’s more than 50 years of historical music-making, Emanuel was also surprised by Mick Jagger, Keith Richards, Charlie Watts, and Ronnie Woods when they showed up.

The Rolling Stones are the best rock and roll band of all time, according to Emanuel, who said in an interview with Rolling Stone: “There’s a sense of self-confidence that they have that’s kind of unparalleled in other bands.”

Throughout Their 2016 Canadian Tour, Pearl Jam Went Above To Support Fans That Were Impacted By The Fort Mac Wildfire.

While the Fort McMurray region was under fire in the spring of 2016, Pearl Jam was doing a series of concerts in Canada. Eddie Vedder, the band’s leader, made it a point to bring up the destruction occurring in the Regional Municipality of Wood Buffalo in Alberta, Canada, twice during the band’s sold-out performance at Toronto’s Air Canada Centre.

A region renowned for the production of natural petroleum, Vedder first said, “We’re thinking of you.” A short while later, the native of Chicago informed the crowd that Pearl Jam would be making donations to many charities to aid those who would be most impacted by the flames. And after that, they sang a stunningly potent performance of “Imagine” by John Lennon. Vedder said, “I could use the healing restorative power of music and certain songs,” giving struggling fans a place to turn to for help.

James Hetfield Prefers To “Talk To Them As A Person Instead Of Some Idol Of Sorts,” Thus He Avoids Taking Photos With Them.

Metallica’s James Hetfield does not like to pose for pictures with fans. He particularly dislikes having his photo taken while enjoying an ice cream treat with his kid, as demonstrated by the incident in Uruguay in 2011 that led to Hetfield throwing rocks at the photographers. Hetfield stated to iHeartRadio in 2016 that he would rather make a statement than have his privacy violated:

“I really used to get freaked out that I would piss somebody off. I used to get so worried that if I say “No. My kids are here, I’m enjoying a family moment,” that they’ll turn around and say, “You’re a d*ck! What a rock star!” I was so worried about that.

I don’t do photos, I don’t sign, I will shake your hand and I’ll talk with you for five minutes. I’d rather do that and leave that kind of impression than someone just stealing a little piece of your privacy. I don’t find that productive for me and it puts me in a crap mood. And then I start to get resentful and I don’t even wanna talk to people. So I’d rather talk to them as a person instead of some idol of sorts.”

Madden set up a backstage meet-and-greet with Danny Fandom and Geoff Wingington during a performance close to the fans’ home in Arkansas, where Reynolds and her sister were able to talk and take pictures with Madden and the band.

Fall Out Boy Brought Pizzas To Their Freezing Fans

Fall Out Boy was performing in a series of intimate locations in the United States, Europe, and Australia in 2013. Dedicated fans were waiting up 24 hours before doors were supposed to open at London’s Camden Underworld. Unfortunately, temperatures in the UK were below freezing at the time. When the band realized what was going on, they ordered hundreds of pizzas to feed their freezing, devoted fans.

Fans soon flocked to Twitter to express their delight with Fall Out Boy’s generosity. According to Gigwise, Leanne Sturrock,  wrote, “Fall Out Boy have just sent us all pizza ahhh.” Fan Sophie Kingsnorth tweeted, “So, Fall Out Boy bought us pizza and I am going to cry jfc.”

Sadie Elledge, an 18-year-old waitress from Virginia, had an altercation with two clients who left prejudiced remarks on a receipt. Elledge, who is of Honduran and Mexican origin, had no idea her tale had gone viral and piqued the interest of Guns N’ Roses leader Axl Rose.

Rose was upset by Elledge’s awful incident and was linked to the waitress by his old friend and Jane the Virgin actress Grecie Santo, who went from Los Angeles to Virginia to empower Elledge with a makeover and some supportive words. Rose wanted to assist Elledge’s situation, so he gave her and her entire family an all-expenses-paid vacation to see him play with AC/DC in Fort Lauderdale, Florida.