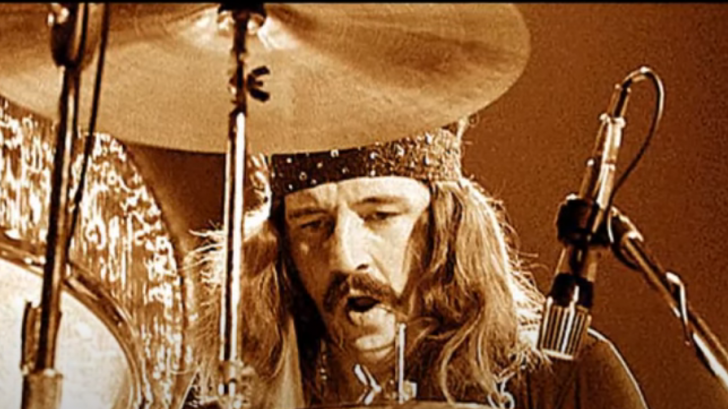 This is going to sound like “poor rich boy” but the children of rock stars, even if they have everything in material terms, can sometimes have levels of pressure that we mortals may not understand. And if these children of rock stars, for whatever reason, decide to follow in their parents’ footsteps, they will face the harshest criticism, doubts, and, perhaps, even accusations of advantage. But sometimes these kids are just as talented as their parents making them almost equally famous if not equal.

Of course, the son of the legend that is John Lennon had to follow in his father’s footsteps. In fact, his two sons have succeeded, although Sean is the most recognized and current. Julian, the fruit of his first marriage (to Cynthia Lennon), had a successful musical career in the 80s, with several hits in the top 40 and a Grammy nomination.

Sean Lennon has the peculiarity of having a mixture of the talents of his father, John Lennon, and his mother, Yoko Ono, who is a conceptual visual artist. Furthermore, physically, it is also an amalgamation of both. He is a singer and songwriter, but he has an artistic style that sometimes nobody understands. It’s all a bit bizarre.

The daughter of rocker Ozzy Osbourne is best known as a fashion guru for her role in E! But Kelly brought out her father’s artistic musical streak.

When you’re the son of one of the four members of the most monumental rock & roll band in history, you definitely don’t want to live in his shadow. Maybe that’s why Paul McCartney’s son once said that he wanted to be “bigger than The Beatles.” Which (of course) he hasn’t achieved, yet.

The youngest of four that Bob Dylan had with his first wife Sara, he is the most successful in his pursuit of a musical career. He first led the band The Wallflowers, then went on to pursue a solo career.

The daughter of Eagles guitarist and songwriter Don Felder, Leah is the wife of Brandon Jenner, Caitly Jenner’s son, and together they make cute beach-pop music. They claim that their parents support them, but that they have it under control for themselves. Maybe you’ve seen them on Keeping Up With the Kardashians before.

Daughter of Rod Stewart, this song sounds a bit like Janis Joplin without the feeling of excess substances. Ruby has played live with her famous father and has a band called Voltaire.

Legendary Mexican-born guitarist Carlos Santana can be proud of his daughter Stella who has recently launched her musical career as a singer and looks set to succeed in her endeavor.

Zappa is an iconic rock surname, so it’s not too unexpected that Frank Zappa’s son Dweezil ended up being a great guitarist. He has released two albums with his little brother Ahmet.

Sting’s daughter released her first album in 2010 under the veil of the band I Blame Coco. A band that has already been disbanded. By the way, Coco’s half-brother, Joseph Summer (the fruit of Sting’s first marriage) also has his own band, Fiction Plane.

The love between Johnny Cash and June Carter was so legendary that sometimes we forget that Johnny was married to Vivian Liberto, with whom he had a daughter who is now a Grammy-winning singer-songwriter.

If you are the daughter of the king, you automatically become a princess. So Elvis Presley’s daughter has not only had a humanitarian career, she has also had a prolific musical career as a singer.

The son of the legendary drummer of one of the best bands in the history of rock and music, in general. After the death of John Bonham, the lament and sorrow of the fans of good music continue to this day with the help o his son.

The story of how Steven Tyler found out he had a daughter … or rather how Liv Tyler found out that the lead singer of Aerosmith was her father, makes for a soap opera plot. Liv Tyler was already much more than Steven’s daughter and if anyone had any doubts, the final emancipation came in 1988 with Armaggedon, starring Bruce Willis and where she lived a love story with Ben Affleck. The film was a success and despite some malicious criticism.

Dhani Harrison, son of former Beatle George Harrison, has decided to follow in his father’s footsteps. Dhani, the only son of the former Beatle, studied aerodynamic engineering, he did not want to be a musician, but it seems that the genes have been able to with him and now it is his great passion.

Wolfgang William Van Halen is the only son of musician Eddie Van Halen who passed away on October 6, 2020. The 29-year-old followed in his father’s footsteps and began his career in music from a very young age. Mammoth WVH”, the album with which the musician made his solo debut and from which his first single, Distance, was released, with a video that pays tribute to his father.