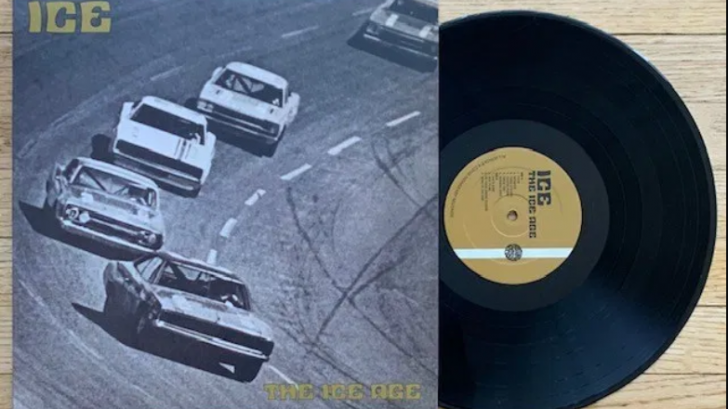 Back in 1970, a hard-rock group from Indianapolis named Ice were ready to deliver their debut record. But sometime within the recording of The Ice Age and its scheduled release date, the band broke up.

The LP was stored, the band was forgotten and, like much of the underground bands over the years, that was supposed to be the end of Ice’s story.

However, something occurred. The Brown Acid compilation set, which collects forgotten hard-rock, proto-metal, and heavy psych music from the late ’60s and early ’70s, introduced one of the band’s tunes on a volume. That led to their 50-year-old LP being dug, and prepared for its first-ever release on July 10.

“The album was often in the back of my mind,” adds rhythm guitarist Richard Strange. “I believe most of us had given up and thought it was a lost cause.”

In 1972, two of the LP’s tracks – “Running High” and “Catch You” – were released as a single under a different band name, Zukus. And then, Lee says, the “dream was over.”

He persevered the tapes for years before giving them off to drummer Mike Saligoe, who carried them from place to place over the past three decades. The band members reconnected a few years ago and digitized the old tapes, “to have something to play for our kids,” Strange says.

He held onto the tapes for years before handing them off to drummer Mike Saligoe, who carted them from place to place over the past three decades. The band members reconnected a few years ago and digitized the old tapes, “to have something to play for our kids,” Strange says.

Although after “Running High” ended up on the ninth Brown Acid record, there was developing talk about releasing the whole LP. “I think that the market has developed an interest and infrastructure to support projects like the Ice band,” says Lee. “The timing is right because the appetite is there.”

While the LP highlights some riff-driven hard-rock tracks like those heard on the Brown Acid records, there’s also a clear melodic groundwork underlying many of the songs. Like Grand Funk Railroad and the Guess Who, as label RidingEasy notes, Ice wouldn’t have sounded out of place on early ’70s AM radio. The Ice Age‘s best tunes manage to sound harmonious without missing any of their bites.

Listen to the premiere of “Satisfy,” below: