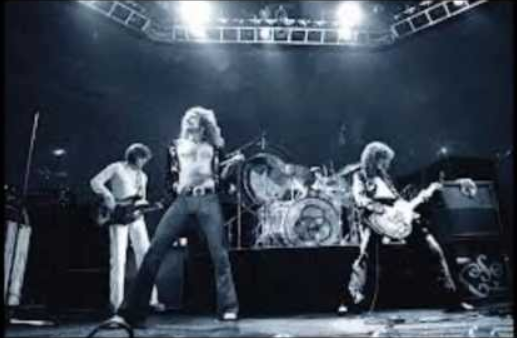 Led Zeppelin, one of the most revered and one of the most successful groups of the 70s. This British hard rock group whose foundation dates back to 1968. Beyond the success that the band cultivated between criticism and the influence that it meant for later Rock due to the syncretism between sounds as different as Indian music and soul Led Zeppelin has sold more than 300 million copies worldwide and has positioned itself as the second band with the highest number of diamond records in history, below The Beatles.

By 1969, after signing with the Atlantic Records label, which was more interested in recruiting blues and hard rock bands in general than in the band itself, Led Zeppelin released his debut album, Led Zeppelin with the image of the Hindenburg burning down as cover.

For that same year, the band released their second album, Led Zeppelin II, with which they managed to reach first place on both the American and British charts. By 1970 they released their third album, Led Zeppelin III, which contained songs that were criticized for being too commercial but which, over time, would become classics for the band. Following these criticisms, the band released a fourth untitled album, although currently known as Led Zeppelin IV, and so on with Houses of the Holy, Physical Graffiti, Presence, and In Through The Out Door.

What you are about to watch below is a rare film series of Led Zeppelin playing the crowd of LA.