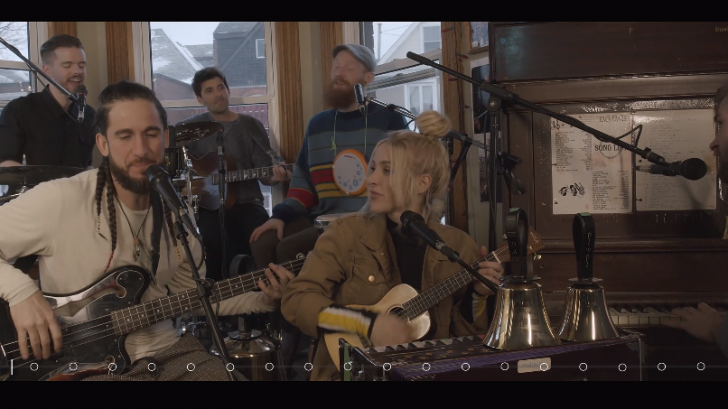 Who’s more qualified to take than the best band that took over the world’s heart in the 1960s. We were definitely stunned! Here’s why!

It’s such a beautifully considered little detail, spanning from 1962-1970. As Walk Off The Earth play each song they play is a fresh tune until we caught the ending. Might we further add, that pub looks so homey. Rebel’s Rock Irish Pub in Hamilton, Ontario, and the group was up there playing in absolute harmony. Any music that was done by Walk Off The Earth feels so crystal clear, like water. In total, we get a medley of 20 Beatles tunes in 4 minutes.