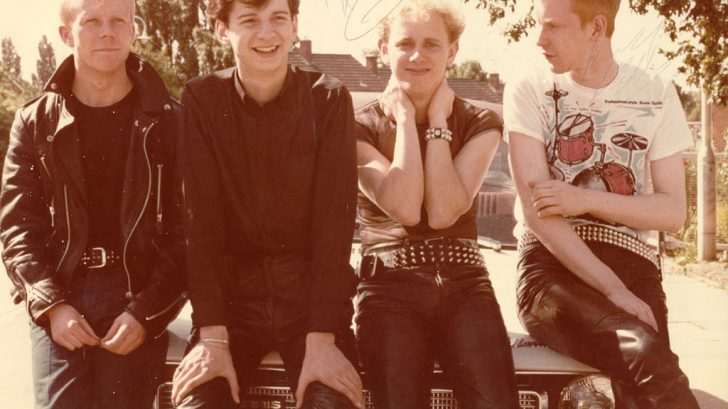 Everybody has to start somewhere. And no matter who your favorite rock band is, once upon a time, they were also just a bunch of dreamers hoping to make it big in the music industry. And let’s face it, there’s no shortage of talent here so not everyone makes it. And for those who managed to break into mainstream, achieve global success and make a mark in rock, we always end up looking back at how it all began.

The following photos marked a significant time for all of them – they weren’t household names yet. They were just talented guys who wanted their music to be heard. They probably didn’t even think they would make it this big.

This was taken back in 1981 before they were propelled into international stardom.

Taken in London in January of 1977, this was before they became part of the Second British Invasion in the US.

This was on February 12, 1979 before they released their debut album.

Before they became metal legends, their glorious hairs stole the spotlight in 1983.

This was in London back in 1970. By this time, they already had their first show and they also managed to sign a deal with Philips Records.

Two years after their formation, here are the band members goofing around at a cafe in Luxembourg in 1977.

Perhaps one of the greatest rock photos we’ve ever seen, this was at Eric’s Club in Liverpool back in 1977.

Although they have released “Appetite for Destruction” a few months before, it didn’t immediately become a huge hit. But after the band’s performance at The Ritz in 1988, everyone knew they were about to become the next big thing.

No big deal, just KISS walking on the streets of New York City in 1976.

This was in January of 1968 after David Gilmour was hired and before Syd Barrett departed the band.

This was the band’s promotional shoot in West Melbourne in 1978.

Taken in 1968, it was the same year they recorded and released their debut album.

This was on the same year the band was formed.

This was at the backstage of Madison Square Garden in New York City, 1973.

A turning point in the band’s career was when they were offered a slot to play at the Marquee Club in July 12, 1962.

On December 30, 1968, Led Zeppelin played at the Gonzaga University and they were still not well-known as evidenced by the fact that the name used in the flyer said “Len Zefflin.”

This was in 1970, after their debut gig in Truro. A few years later, they’d be filling stadiums.

Taken in 1957, the Fab Four were still teens but more than ready to take on the world.