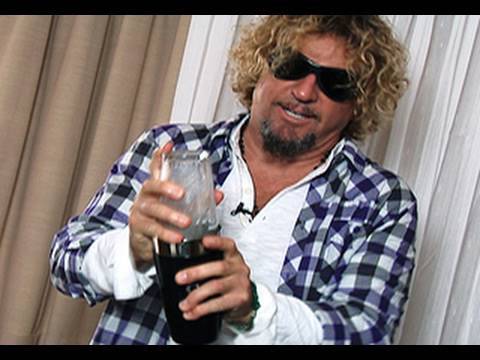 Just because they are rock stars doesn’t mean they don’t have any other talent than musical. Below we look at the 25 Rock Stars And Their Hidden Talents And Skills:

One of the rock star coffee fans, Joey Kramer, the drummer of Aerosmith, opened his own cafeteria, the theme is dedicated to rock. Located in North Attleborough, Massachusetts, about 40 miles from Boston.

What few know is that, in addition to singing, he also plays golf. And he does it really well: his handicap is 2.0.

He lives a quiet life focused on watchmaking. He has become a master watchmaker and does not want to know anything about music.

Dylan has been taking care of his private life for years. But, he’s still at it with something new Nobel at work, although not musical: the singer likes sculptures with iron.

The well-known Canadian artist Bryan Adams is not only a famous musician but also a photographer since he decided to reconvert his career in the late 90s.

Terry Chimes, the drummer for The Clash, literally turned his back on rock and roll, and became a chiropractor in Essex.

Although Baxter is still a musician, he has found work as a “defense analyst and consultant to members of the US Congress on military defense and national security.”

Money grew up in a police family and was training in law enforcement before rebelling and deciding that he would rather be a singer.

He started off as an extra in the famous TV series, The Office – and was almost written off. And now he’s a regular cast member as Terri.

Not only focuses on what he has done for 37 years in front of the spotlight of Iron Maiden but is a polymath character who has become a pilot aviator, businessman, film scriptwriter, and motivational speaker.

He wrote his own food book, about Indian food. The title is Guide to Choosing Indian Food.

He started in 1999 in Arizona, but when he visited Korea with his band in 2006, the World Taekwondo Federation named him “Goodwill Ambassador” taking advantage of the fact that Megadeth was performing in Seoul, Korea.

The other occupation that the bassist maintains – now a singer and acoustic guitar – is that of a painter. His stay in New York these days is mainly due to a charity art exhibition held in that city for which he has donated some of his works.

His music career did not prevent him from completing a Ph.D. in astrophysics at the University of London.

Fans are always trying to figure out what a rock star does on tour when he’s not on stage. Flea once challenged the world chess champion one time during their tour in Rio and won.

Hagar moved to Tequila in 1996 when he founded the Cabo Wabo Tequila brand. It sold its stake in the brand to Campari Group in 2010 for $ 11 million. He was a master distiller.

Billy used his status as a wrestling mogul to sell chairs, tables, and a thousand other things for a Chicago furniture store.

In addition to his work as a guitarist, Vai is also a beekeeper, founder of the Favored Nations record label, and co-founder of the Make a Noise Foundation, which makes donations to a variety of vital causes.

He has also made money from acting, comedy, and other ventures, including making wine.

In the late 1990s, with millions in the bank, David Lee Roth became a state-licensed emergency medical technician who handled hundreds of calls.

If you were expecting exquisite champagne, but that had a lot of styles, and of course, delicious flavor, you should know the Cuvée Roger Daltrey champagne, created by the founding member of the iconic rock band The Who.

Music began for the artist only as a form of leisure, which in the future would trigger her success as a Painter.

He is now the vice president of technology standards at Sony, and many of his colleagues didn’t even know he used to play for Iggy Pop and the Stooges as the guitarist.

Rod Stewart doesn’t like trains, he loves them. He had one built in the entire third floor of his house to a huge model train.

A member of the Rock And Roll Hall of Fame of the United States, of the Order of Canada, and the 2011 Prince of Asturias Award for Literature. First book of poetry, ‘Let Us Compare Mythologies,’ was in 1956, and then a series of works through 2006’s ‘Book of Longing.’