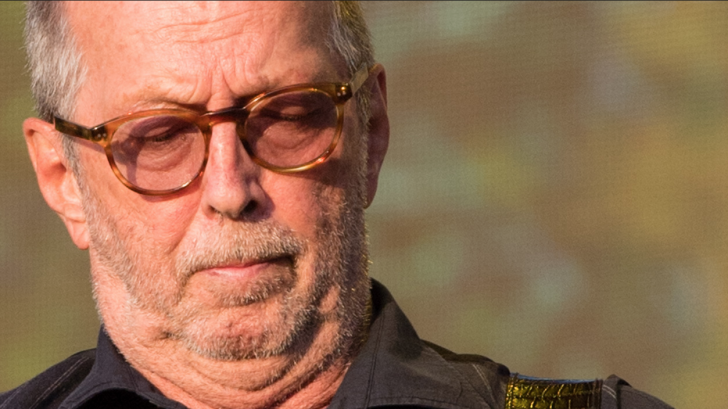 Book Reveals How Clapton Came Back From Unspeakable Tragedy

By 1991, Eric Clapton had gotten his life back on track. He’d been sober for three years, having kicked the substances he’d spent the better part of a decade struggling with and left behind the behaviors that were holding him back from the life and career he’d worked so hard to build.

And then one morning, it all came crashing down.

On March 20th, 1991, Clapton’s 4-year-old son Conor fell to his death from the window of the 53rd-floor apartment he shared with his mother, model Lory Del Santo. At the time of Conor’s death, Clapton was just beginning to ease into fatherhood, telling Del Santo only the night before “I now understand what it means to have a child and be a father.” He was on his way to the apartment to pick Conor up for their planned day trip to the zoo when he arrived 5 heartbreaking minutes too late, just in time to find Del Santo in hysterics and screaming, “He’s dead”.

By all rights, the death of his son should have sent Eric Clapton running back to the comfort of alcohol to dull the pain of his loss like he did so many other times before. But no – not this time. British biographer Philip Norman, author of Slowhand: The Life and Music of Eric Clapton says that if anything, little Conor’s death was the very thing that kept Eric sober despite the crushing weight of grief.

“He was trying to beat the alcoholism when his son was just a baby,” said Norman to Fox News. “He was fighting against it. But it was really the death of Conor that made him determined that he would never drink again.”

Paralyzed by grief, Clapton tried a new approach: he turned to music, finding solace in one of the few vocal tracks he wrote and recorded for the 1991 film Rush and ultimately giving his pain a voice with “Tears In Heaven”.

A quiet, soaring track that finds Eric and songwriter Will Jennings exploring the afterlife and asking whether Conor would know his father when it’s time for Eric to join him, “Tears In Heaven” provided the outlet Clapton needed. It also gave him some of the most fierce critical acclaim of his career as it sailed to the top of the charts, dominating the 1993 Grammy Awards with awards for Best Pop Vocal Performance, Record of the Year and Song of the Year.

It also helps that he was able to connect with daughter Ruth, the result of a casual affair with a studio manager. In his 2007 memoir, Clapton himself credits Ruth with giving him a renewed focus and a lifeline to hold onto.

“Looking back on those years, I realize what a profound effect she had on my well-being,” he wrote. “Her presence in my life was absolutely vital to my recovery. In her, I had again found something real to be concerned about, and that was very instrumental in my becoming an active human being again.”