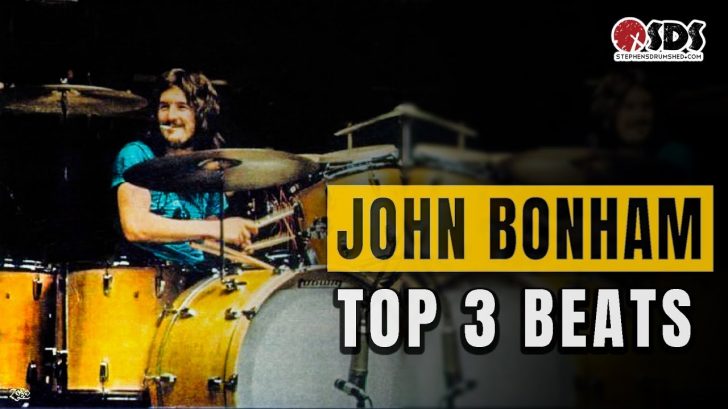 Why Was John Bonham Such A Great Drummer?

SHORT ANSWER: John Bonham was born with an extraordinary gift and worked hard for it to get himself in the right spot, the “Led Zeppelin.”

John Bonham had a tremendous amount of talent he was no extraordinary drummer and had amazing drumming instincts like no other. His techniques and his feel made him one of the greatest (if not THE greatest). He understood the Blues, Jazz, and other genres of music which made him a perfect fit for the legendary rock band. He combined all these styles and had influenced the early days of Hard Rock drumming. John Bonham was a culmination of all the great rock drummers that came before him.

One best proof of his drumming skill is the song ‘Good Times, Bad Times’ which provides an example of his better and faster right foot and no drummers can exactly do what he did with it.

While ‘Fool in the Rain’ was another story. It shows that he can also play a deep groove, and half-time shuffle. All those dynamics he had were pretty much outstanding.

And of course, “Moby Dick,” his LEGENDARY drum solos says it ALL.

Well, as I said, John Bonham is considered one of the greatest rock drummers of all time (if not THE greatest) and his influence behind the kit for rock and pop drumming is very important, not only for drummers, of course, but for the history of music.

In the video below, Stephen Taylor gives a drum lesson which shows John Bonham’s three drum beats from three different Led Zeppelin songs that every drummer should learn!

You will find the lesson very fascinating and helpful if you’re aspiring to be as good as John Bonham. And if you’re just starting out drumming but already fascinated by John Bonham, then this fantastic video lesson is right for you.