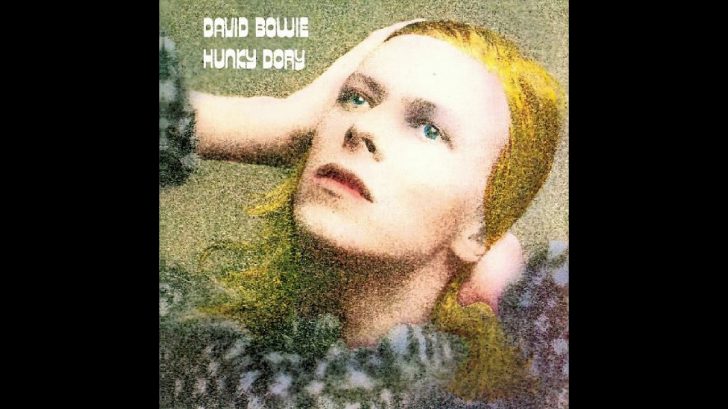 An absolutely essential album in the discography of the White Duke, who at that time was directly approaching becoming that cult character called Ziggy Stardust that he created. His androgynous look is immediately apparent when watching the videos of this album and his outfit at the time.

Hunky Dory was the prelude to this Ziggy show that took such a hold on Bowie’s personality that he couldn’t even shake it off so easily, having to turn to help and psychiatrists. So strong and intense, like everything this master of ambiguity and music has done throughout his career.

In ‘Kooks’ appears a more friendly and even loving Bowie. And it has reason to be since here the dedication of the song goes directly to his son Zowie Bowie. As its very lyrics say, it becomes an adorable story and song.

The pianos are a fundamental part of ‘Fill Your Heart’, at times it sounds with that English kindness in the McCartney style in The Beatles but it is resolved in its final part with a sax solo accompanied by a frantic but beautiful piano. The time for tributes has arrived and the first is for Andy Warhol, the forerunner of the Art Pop movement with the song that bears his name. Acoustic guitars ring and ring to a saturation-point ending and ending with strange, lonely applause bordering on pathos.

The beautiful “Quicksand” does not stop at all in resources, a great piece where the winds, violins, and pianos achieve a mixture bordering on the sublime. It is the most ambitious song on the album and with very poetic lyrics otherwise.

It’s not Bowie’s best record, of course. But it was a big step to start seeing the sweeter side of rock. How influential this album has been for future generations is evident and hence its late recognition surely.