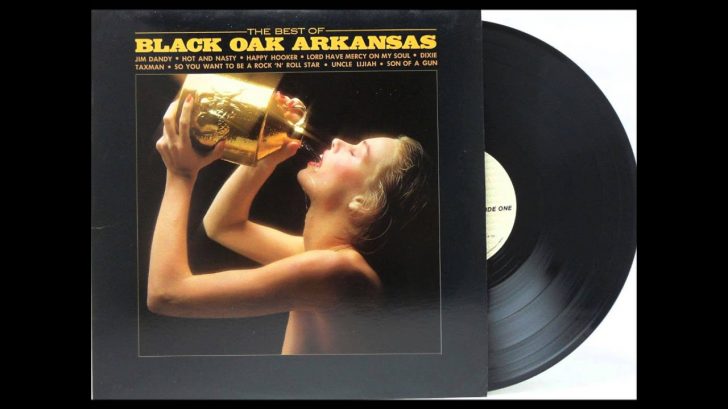 At the end of the 60s and after many difficulties (they were arrested on several occasions for theft, the only way they had to get money and pay for their instruments) they managed to establish themselves in the city of New Orleans under the name of Knowbody Else.

In 1970, the change of name, Black Oak Arkansas took over from Knowbody Else. Atco Records (Atlantic) hired them through Ahmet Ertegun, one of the last contracts signed for the label before slacking off a bit.

Five decades later, the group is still active and does not seem willing to slow down, nor to hand over if we refer to their recent comeback in the studio. Between these two dates, Black Oak Arkansas released 22 albums, studios, live and compilations combined. On the niche which interests us, that of the 70s and which marks the peak of the group is concentrated half of this interesting but uneven record production. Listening to the performances live, you tell yourself that this is definitely what you need to focus on and the cutting-edge LPs, all set in the early part of the ’70s.

A Discography Worth By Its First Part

The eponymous Black Oak Arkansas (1971) marks the debut for Atco, the Atlantic subsidiary.

Very good beginnings, moreover, confirmed in 1972 by Keep The Faith and If An Angel Came To See You, Would You Make Her Feel At Home.

High On The Hog (1973), with their single Jim Dandy which would become the band’s anthem, is BOA’s flagship album. Twenty-fifth on the Billboard 100 gold record, it precedes a tonic Raunch ‘n’ Roll live and a Middle Street Party (1974). Ain’t Life Grand (1975) does nothing to correct the shooting and marks a loss of speed for Black Oak Arkansas, which is starting to be affected by many turnovers in its line-up. Not good, the turnover …

X-Rated (1975) still saves the furniture, but then it is a disaster. And when we want to be very small, we change our name as is the case in 1977: Black Oak starts again from zero, picks up where Black Oak Arkansas threw its last strength, in other words after having garnered the so-called Live Mutha and Balls Of Fire (1976) which add nothing to the popularity of Mangrum’s formation.

Rebound at Capricorn And The Unexpected Comeback

Jim Dandy is still at the head of this renewal. With Jim Henderson, Greg Reding, Jack Holder, Andy Tanas, and Joel Williams. The future is with Capricorn, the southern rock house by definition that has revealed so many fine artists and produced a plethora of cult albums. Sadly, this move has no bearing on the current record quality of Black Oak.

A gold sales award was given to the group. According to the plaque, this honor was “Presented To Black Oak Arkansas To Commemorate the Sale of More Than One Million Dollars Worth of the ATCO Records Long-Playing Record Album ‘Black Oak Arkansas‘”.

Rye reached out to him through email considering giving the awards to the group, when Rye found out that Mangrum was to return home in Black Oak. The COVID-19 pandemic didn’t stop the awards to reach Mangrum as the arrangements were made for Rye to give the honors to Mangrum at his home.

The awards are for the band’s two records that attained platinum status, with more than 5 million copies, and two album sales that reached Gold status, selling more than 1 million copies.