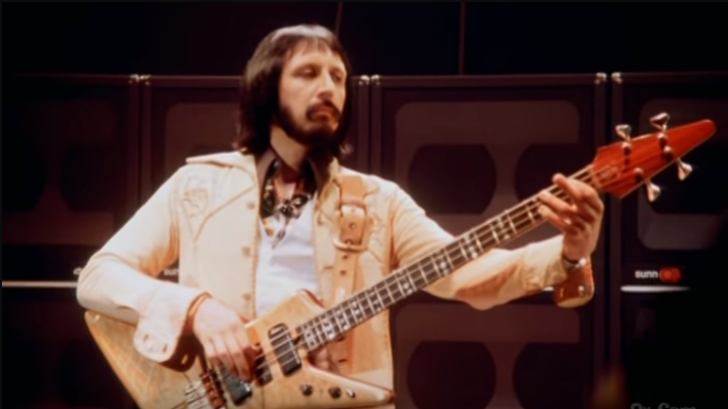 John Entwistle is a terrific bass player and one of the most influential of all time. “My Generation” has been described by many experts as one of the most important bass lines in history. Let’s think about its year of completion, 1965, when icons such as The Beatles just appeared and all this closely linked to rock roll n roll. No one had dedicated themselves to experiment. That’s where John comes in. Or where it stays. Check our list below, the 5 Career-Defining Bass Solos Of John Entwistle.

5:15 is a superb track from the group’s album, Quadrophenia but the live performance (which you can watch below) is prolonged giving it another taste and highlights the extensive solos by The Ox himself. Everything is there, Tapping, Harmonix, and the Three-finger picking!

One of the fan-favorite songs from The Who, and it was solely written by Entwistle. The live show (below) gives it a real theatrical feel. With Entwistle imitated the Throat character from a Television program, but it seemed immeasurable enough to be mimicked by other musicians.

Written by Pete Townshend – and the bass part, The Ox used four notes to improve the original concept of the song, and mind you, he was not showing off!

This tune is a must-learn for any bass player out there. This is something you can do with your part when presented with a plain two-note bass. Pete Townshend wrote this track, having a complex, but a more uncomplicated bass line in mind. He gave the demo to Entwistle and boy, he came up with an incredible intro, that is so good it still blows like a fresh track, even decades after it was written.

1965, The Beatles instantly became huge when they released “Help!” but a couple of months before and then The Who retaliate with “My Generation” – a radical, heavy, and fast anthem for the youth. And immediately out of the portal there, can be seen John Entwistle doing bass solos in between verses (watch the video below). This tune inspired thousands of young bass players, where John Entwistle reminding them how the bass should sound like.