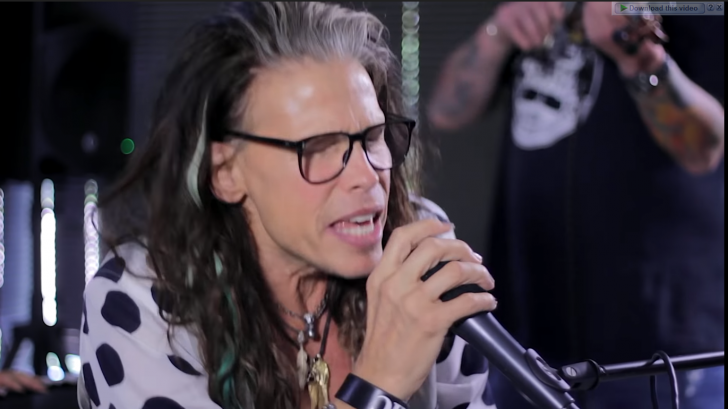 Steven Tyler is one of rock’s great survivors in every way. He has accomplished something as complicated as keeping a rock group formed in the 70s, active and successful for almost five decades, succeeding in the stadiums as well as in the era of MTV and alternative groups.

Steven Marc Zeitels, an American doctor who has been treating voice pathologies for years, operated on Steven Tyler, Sam Smith, or Adele for the same condition, bleeding in the vocal cords, using a laser technique to eliminate the bleeding. These injuries are common among singing professionals, but in the case of Steven Tyler, the doctor decided to go further and take a real-time measurement of the singer’s body. Zeitels and his team place a camera on Tyler’s throat to analyze the functioning of his vocal cords during a concert; They estimated that it produced 780,000 vibrations and concluded that, in terms of vocal endurance, Steven Tyler is a super athlete.

It was and still is a real hit, one of those rock classics that endures with a life of their own. Written by Tyler in 1965, who considers it his great masterpiece, it was the highlight of an album that also featured Mama Kin. A cover letter brimming with vigor and his voice was all over the place!

Tyler has been nominated for many awards throughout his career, but he is perhaps one of the few artists in classic rock who has been nominated for the top three trophies in entertainment. He has won multiple Grammys for his work at Aerosmith, and was nominated for an Academy Award for his performance on the 1998 hit single “I Don’t Want to Miss a Thing” from “Armageddon.” He and Joe Perry won a Sports Emmy for their work on ‘E-60 Dream On: Stories of Boston’s Strongest,’ which featured the two performing their classic ballad of power alongside the Southern California Children’s Chorus after the Boston Marathon bombings.

He Was Supposed To Be a Drummer

No one in his neighborhood imagined that he would be the face of glam metal and rock for much of the 20th and 21st centuries. Initially, his place was in the drums in which he did play, but later he realized the potential that his voice had from the skills of the frontman.

Heroin, cocaine, accidents, falls, hepatitis C and various surgeries could have knocked him down but he’s still out there, alive and still singing!