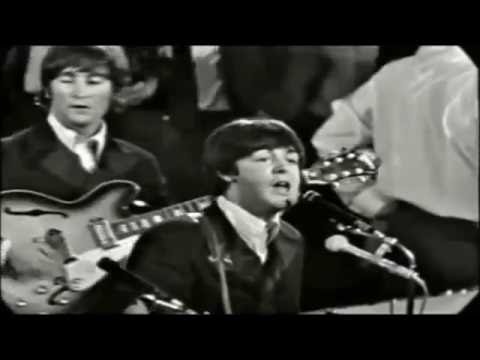 Covers have been around forever as a way to pay tribute or put a spin on a well-known song. There are songs so significant that thousands of people decide to cover them. Have you ever wondered what are the most “covered” songs in the 1960s?

The lyrics of this anthem by The Beatles are unforgettable. Yesterday marked the history of the Liverpool quartet and has a special place in the hearts of the group’s fans. The song was included in the album Help!

It was one of those songs that announced to the world that the Beatles were more than chroniclers of youthful love. Released on August 5, 1966, Eleanor Rigby made an impact with its sound and melancholy.

And I Love Her – The Beatles

After its release in June 1964, the Beatles’ classic was covered 30 times before the era of the 60s’ ends by John Denver, Lena Horne, and the Wailers to name a few.

A song from their 1965 album Rubber Soul. It was written primarily by Paul McCartney, and the middle eight were co-written with John Lennon. The tune is a love ballad with part of the lyrics sung in French.

The Beatles bassist was in remote Scottish lands when he read discouraging news from across the Atlantic: the US federal court forced racial segregation in Arkansas high schools. A blackbird was the chosen metaphor to sing for peace and equality in turbulent times. A song that is still very relevant today.