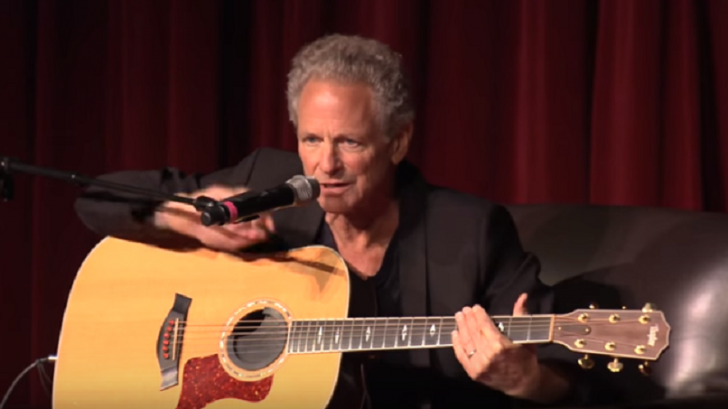 Fleetwood Mac took us on a roller coaster of emotions as they announced a reunion tour earlier this year only to find out they fired Lindsey Buckingham and replaced him with two other guitarists. A few months later, Lindsey made his move by suing the band. And it only got messier.

We love the group and their catalog filled with epic masterpieces. But we have to admit it, it just ain’t the same without Lindsey. Here are the reasons why:

Let that sink in.

Fleetwood Mac invited Mike Campbell, the former guitarist of Tom Petty and the Heartbreakers, and Crowded House frontman Neil Finn to take on the part of Lindsey. If that doesn’t speak volumes about the guy’s mad guitar skills, we don’t know what else does.

4. He’s criminally underrated as an axeslinger.

His work in “The Chain” is more than enough to propel him to guitar god status. He can easily hold his own against any other guitarist which begs the question – why is his talent still being overlooked?

Without Lindsey, there’d be no “Go Your Own Way,” “Tusk,” and of course “The Chain.” And let’s face it, Stevie Nicks wouldn’t be able to come up with her breakup songs without Lindsey.

2. His contribution to “Rumours” remains invaluable.

Putting all drama aside, we cannot imagine how that album would become their best release if Lindsey wasn’t part of it. He was the other half who helped save Fleetwood Mac from spiraling downwards. He worked hard with the arrangement and recording of the songs. His guitar even had to be restrung every 20 minutes when they recorded “Never Going Back Again.”

One of the best things Lindsey has done for Fleetwood Mac is bringing along then-girlfriend Stevie Nicks. And we all know how that became a game-changer for everyone else in the band. You can’t put him out of the equation because he started the ball rolling in so many ways.

There are still issues between him and Fleetwood Mac but one thing’s for sure – he deserves better.