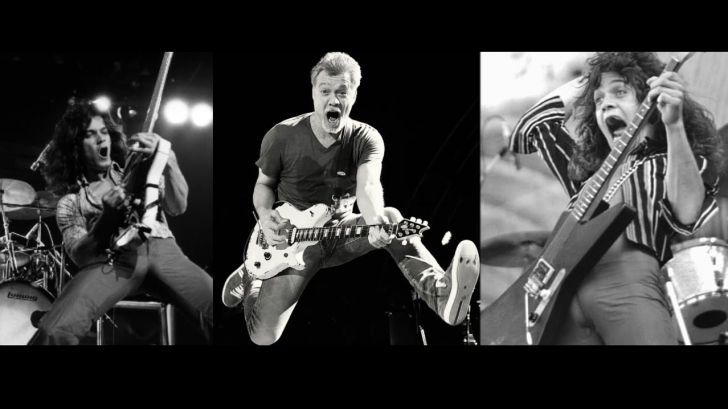 Speed, technique, melody, innovation, and for many a bit of unique magic that not everyone possesses. This is how they describe Eddy Van Halen, the leader of Van Halen one of the most influential figures in rock music in the past 40 years.

Below we share five songs (reasons) Why Eddie Van Halen Is A Guitar Legend and considered those that marked Eddy Van Halen’s career and are considered great pieces of music. If you want to know why he is considered one of the best guitarists in musical history, keep going to the list below:

The song is by Michael Jackson, not Van Halen, but Eddie was recruited by Quincy Jones, producer of the King of Pop, to record the guitar solo and the rest, as the saying goes, is history. Although Eddie does not appear in the official video of the song, they surely remember the solo, because in the mid-80s this video enjoyed a high rotation on MTV.

The song is part of Van Halen’s debut album, released in 1978. At the time, no one knew how to explain how someone could get such sounds out of a guitar.

It is considered the best rock guitar solo “Eruption” which lasts just 1:42, but who listens to it is not indifferent. Pearl Jam guitarist Mike McCready mentioned Rolling Stone magazine, recalling when he first heard the song: “It sounded like it came from space.”

Runnin’ with the Devil

It is Eddie Van Halen’s guitar that elevates the song and makes it one of the great creations within what was the original line-up of the band, which included Eddie, Roth, drummer Alex Van Halen -Eddie’s older brother- and bassist Michael Anthony. Like “Eruption”, it is also part of the band’s self-titled album.

Although the guitar solo of one of Van Halen’s iconic songs is one of Eddie Van Halen’s most remembered, the truth is that the reason this song finds a place on this list has more to do with the creative curiosity of the guitarist and his need to expand his musical horizons beyond the six strings of the instrument that launched him to fame.

The song combines everything that made the band a hard rock icon. The subject is one of the last great hits of the group with its original formation, because after the album “1984”, Roth would leave to dedicate himself to his solo career.