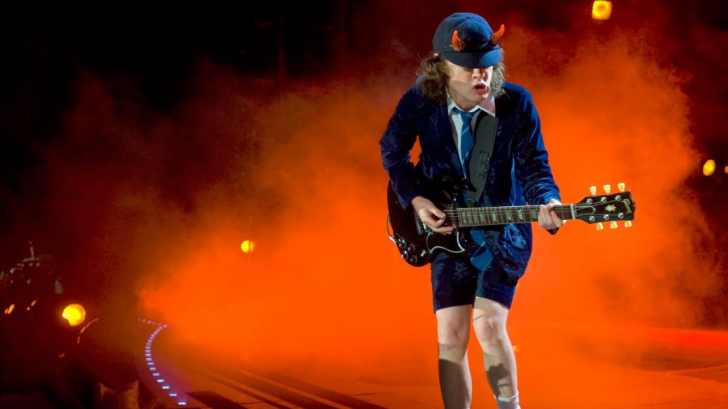 AC/DC are a great band period. They have rocked the world for as long as we and they can remember. They made some killer hard rock and undying tunes. They had their ups and downs, but it didn’t stop them from rocking out. Here are the 5 Recent Facts About AC/DC:

In 2015, he was sentenced to eight months home detention along with six months of post-release conditions and payment of $NZ120,000 (£51,000) reparation after pleading guilty to charges of threatening to kill and possession of methamphetamine and cannabis.

“I’ve probably never felt it quite like that, actually. All I wanted to do was earn my living playing drums. That was literally it. I didn’t want to be a millionaire, I just wanted to be a successful musician.

People, especially when I was in AC/DC and when I toured with AC/DC, would say ‘Oh, you’re a rock star!’ and I would say ‘No, I’m not. I’m a rock musician.’ There’s a big difference though people don’t see it so much. I’ve always thought of myself as a musician, even though I’m a drummer! (Laughs!) I often make a joke of that of course! I’ve always kept that attitude which I think is very important.” Chris Slade revealed in a new Rock Today interview.

He died peacefully during his last day besides his family nearby.

“Renowned for his musical prowess, Malcolm was a songwriter, guitarist, performer, producer, and visionary who inspired many,” the statement read.

“From the outset, he knew what he wanted to achieve and, along with his younger brother, took to the world stage giving their all at every show. Nothing less would do for their fans.”

2. AC/DC Were Pissed Off When They Were Spotted In Vancouver Last 2018

Steve Newton, a veteran of reporting on the band told the story of them being pissed off:

“And what am I supposed to do with a juicy tidbit like that, seeing that I’ve been writing about my fave all-time bands since 1982? Keep it to myself? Wait until some other bozo breaks the news?

1. In 2019, Brian Johnson Finally Admitted That He Was Recording New Album With AC/DC

Brian Johnson and Phil Rudd had rejoined AC/DC when they were spotted at a Vancouver’s Warehouse Studios where Stevie and Angus Young were also spotted the same week.

Terrorizer wrote on 28th January 2019: “We ran into Brian Johnson from AC/DC at the airport today after the flight home and we asked him about the rumours of him being on the new AC/DC album and he said ‘yes’ and that he is ‘sick of denying it.’ So that was a cool surprise ending to the tour.”