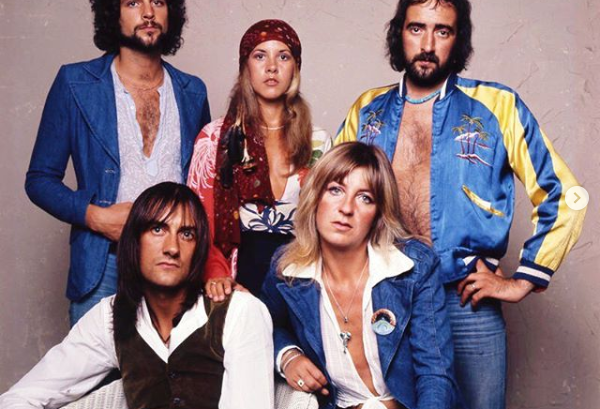 Formed in 1967, Fleetwood Mac has sold more than 120 million records worldwide making them one of the world’s best-selling classic rock bands. We look back at the 5 Recent Facts About Fleetwood Mac:

1. Fleetwood Mac Received The Headline Performance of the Year Award at UK Festival Awards In 2015

Fleetwood Mac was among the nominees for “Best Headline Performance” category in 2015’s UK Festival Awards for their performance at Isle Of Wight Festival, and have taken the award, and was handed over them at The Roundhouse in London.

Fleetwood Mac’s 1975 self-titled album was among the 26 recordings that were added into the GRAMMY Hall Of Fame residing at the GRAMMY Museum located at Olympic Blvd, Los Angeles, CA.

The reissue featured a 3CD/LP/DVD Deluxe Edition which included remastered audio on CD And Vinyl, along with rare and unreleased live and studio recordings, featuring an alternate version of the full albums.

“The concert is a celebration of those early blues days where we all began, and it’s important to recognize the profound impact Peter and the early Fleetwood Mac had on the world of music,” Mick Fleetwood said in a statement. “Peter was my greatest mentor and it gives me such joy to pay tribute to his incredible talent. I am honored to be sharing the stage with some of the many artists Peter has inspired over the years and who share my great respect for this remarkable musician.”

The albums include FLEETWOOD MAC on white vinyl, RUMOURS on clear vinyl, TUSK on a silver vinyl 2-LP set, MIRAGE on violet vinyl, and TANGO IN THE NIGHT on green vinyl. All were released together in a slipcase as a limited edition.