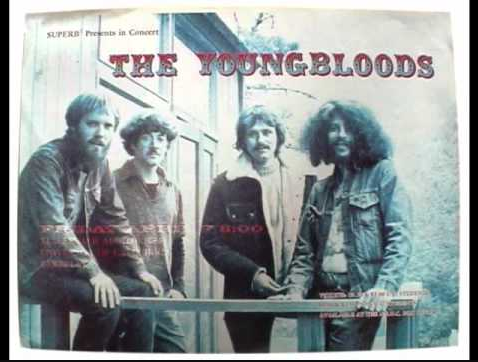 The Youngbloods were one of the most well-known bands of their generation in the US. Consisting of Jesse Colin Young (vocals, bass), Jerry Corbitt (guitar), Lowell “Banana” Levinger, (guitar and electric piano), and Joe Bauer (drums). However, despite being successful in the country, they never got the chance to achieved widespread popularity. We look back at the 5 Songs To Relive The Career Of The Youngbloods:

One of the band’s best songs that kept us coming back to them, and probably what made it a hit is that we somewhat instantly recognized it. It was released in 1967 from their self-titled album, The Youngbloods.

This song is one of those reasons why The Youngbloods belongs in the Rock And Roll Hall Of Fame. Jesse Collin’s voice is definitely historic and was nothing short of astonishing. Released as a title track in 1971 from the band’s album, Sunlight.

It starts out slow and folksy and ends up as a hardcore song. Simply, it’s a kick-ass song, and the lyrics are so deep that you would listen to it over and over again. Released in 1969 from the band’s album, Elephant Mountain.

Fun song, and listening to it can make you happy. The way they made this song is like a big WOW! It makes you wanna dance. Released in 1967 from the band’s self-titled album, The Youngbloods.

The band’s only song that hit the charts. The song delivers a deep spiritual messages. Both love and fear. The lines “Love is but a song we sing. And fear’s the way we die,” just gives you goosebumps. The song was released in 1967 from their self-titled album, The Youngbloods.