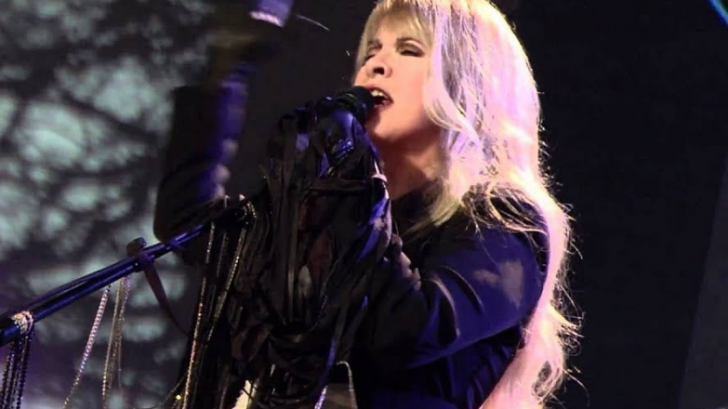 Stevie Nicks has established herself as one of rock’s most renowned composers over the course of her nearly half a century in the music business. With songs like “Rhiannon,” “Landslide,” “Dreams,” and “Edge of Seventeen,” Nicks has already generated more timeless classics than most, and she doesn’t appear to be stopping in the near future.

The song has appeared several times during Nicks’ career, but the most well-known rendition is found on her debut album with Fleetwood Mac, which features Lindsey Buckingham as the main vocalist.

While “Stop Draggin’ My Heart Around,” “Edge of Seventeen,” and other songs from Nicks’ initial solo album are frequently included in her solo setlists, “Outside the Rain” was once a fan favorite in its own right.

Even after securing a No. 1 solo album, Nicks joined Fleetwood Mac again for Mirage, the band’s debut album in the MTV era. Although Nicks’ “Gypsy” would end up being the album’s best tune (and the first MTV music video to spend $1 million), “That’s Alright” is yet another country-tinged hit that deserves more recognition.

Following the success of their return album The Dance in the late ’90s, Christine McVie left Fleetwood Mac, and the group underwent significant line-up adjustments for their first record of fresh stuff in the new century. Nicks happened to be in New York at the time, promoting her most recent solo endeavor, and the September 11 attacks on the World Trade Center were still recent. When Nicks penned “Illume,” she was expressing all the sadness and sorrow felt in the city.

Nicks and Buckingham took the risk to launch their own career as a duet before joining Fleetwood Mac. Even though several of the compositions on their debut studio album, Buckingham Nicks, went on to become hits underneath the Fleetwood Mac name, the record’s initial reception wasn’t as positive as they had planned. The album features shining highlights throughout, especially “Races are Run,” despite its average commercial performance.