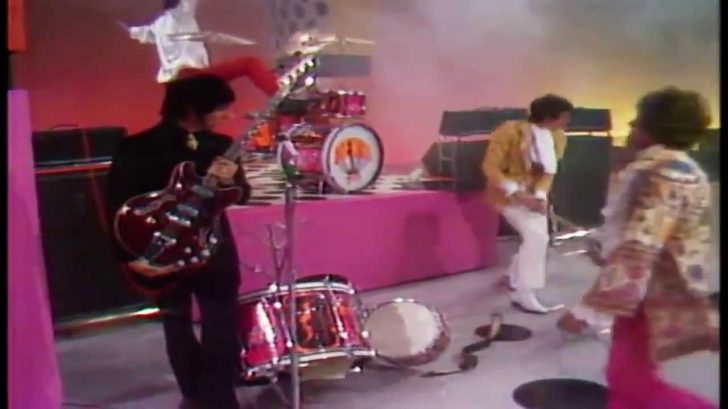 Stories of drinking, death, and debauchery that go far beyond sex, drugs, and rock and roll. We look back at the Times Rock n’ Roll Went Too Rock n’ Roll:

Ozzy Osbourne is one of the most uncontrollable musicians on the face of the Earth. In addition to biting the head of a bat on stage (although he thought it was plastic), the prince of darkness has snorted ants and taken enough drugs and alcohol to kill any human. Despite any prognosis, he’s still alive… and on tour! Several doctors analyzed Ozzy’s blood and discovered DNA alterations due to alcohol and drug use, without being able to give an accurate explanation of how and why he is still alive. Long live the Prince of Darkness!

The drummer of “The Who” left this world in 1978 due to an overdose of Heminevrin, a drug that serves to calm the alcohol withdrawal syndrome. During his short and intense life, Moon demonstrated his great drumming skills as well as his irrepressible drive to destroy everything. After an altercation with the public in 1967 and receiving several blows to the face, Keith fainted and had to be hospitalized. The band decided to take justice into their own hands and took revenge for the loss of their drummer by destroying the accommodation where they were staying, starting by throwing a grand piano into the pool. The Who were ordered to pay $24,000 (which would be about $171,000 today) for the damages caused. Also memorable was a 1973 concert during which, due to a cocktail of alcohol and horse sedative, Moon fainted live. The magic was that a 19-year-old boy was in charge of finishing the set by playing drums on the rest of the songs.

The Iguana is a true rock and roll icon, it is not difficult to imagine him shirtless and writhing on stage. We can attribute him to being one of the promoters of “stage diving” (which has been to launch himself into the public from the stage), Iggy is a true provocateur, a moron punk rocker. One of his classics on stage was spanking himself while rolling and rolling on the ground while going crazy. Iggy once crossed the line by insulting a gang of bikers who were in the audience at his concert, and consequently, he got a good spanking. After receiving his reprimand, Iggy returned to the stage and continued singing until the end of the concert. A true legend!

Alice Cooper became famous thanks to her staging, his lyrics, his musical style, and … the hostility with the chicken. Legend has it that a fan threw a hen onto the stage and Alice sent it back to the audience, who was in charge of tearing the poor animal to pieces and throwing the remains on the stage. According to their bassist Dennis Dunaway, the group traveled with two pet chickens, Larry and Pecker, and treated them like pets. Nothing that happened was planned and in fact, the group has never killed any animal, but the rumor spread making them a legend and one of the most talked-about at that time.

As huge Frank Zappa followers are, it’s difficult to imagine that anyone would simulate such hatred towards one of the most ingeniously innovative minds of the rock scene. He wasn’t your normal acclaimed rock icon. He was attacked by a fan on stage during a live concert and was almost killed which ended him up being hospitalized after he was flung off the stage.