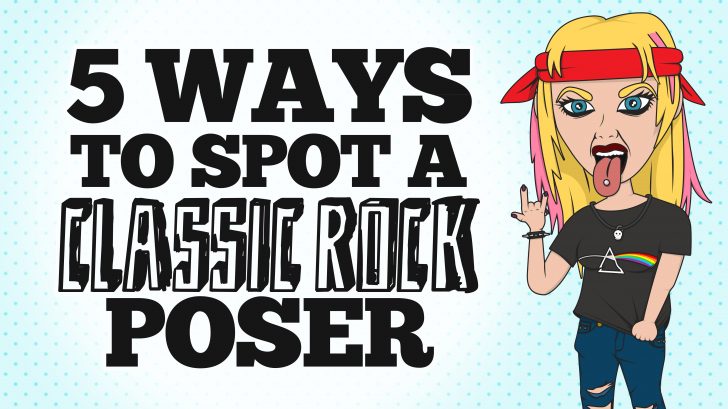 The great encounter, the people that will ruin your day!

Yeah, they can make you angry in no time! THE POSERS! Annoying as they can get, you just wish that they never existed. But yes, this type of people do exist, is it stupid? (NOT???) Of course, their only intention is to be that way to look cool or something for approval (I guess)… Life is surely complicated with few answers. But as a classic rock fan we take our music way too seriously, that’s why we get irritated by these posers. We love our music so much and we embrace everything about it. Here are the tips, 5 Ways to Spot a Classic Rock Poser:

1. When people wear a “Ramones” shirt they bought from Target. Ask them to name 5 songs.

We all see these types of people roaming around wearing “Ramones” shirt on a daily basis. Well, wearing a classic rock band shirt has become quite a fashion trend nowadays.

Typical teenagers trying to be cool and stuff.. Why don’t they just go back and wear Abercrombie shirts and live their days without irritating someone by acting out as a classic rock fan.

Forget about asking them to name five songs, I bet they can’t even single out one album without searching the net.

2. The obnoxious dude at Guitar Center, who turns it up loud and plays “Smoke on the Water” over and over…and over.

A store filled with a bunch of idiots showing people that they know how to rock a Gibson guitar while playing Smoke on the Water over and over. Do they even have to feel the need to “whack away” in a guitar store?

Most of these retards bang away a gear, playing it too loudly and doesn’t even buy it in the first place. Yeah, it’s hard not to get carried away with all those stuffs out there. But please stop being a nuisance for those customers who are actually buying…

Ever heard of Chuck Berry?

Oh, so you think The Beatles were responsible for rock n’ roll? Did you bump your head or something? What kind of a poser are you anyway? You should do a little research first before spatting nonsense. The Beatles changed rock n’ roll forever but they never claimed that they started it.

Okay, I’ll give you something to get started with. Listen to the song “Rock and Roll Music” by Chuck Berry, so we can stop arguing with who really invented rock n’ roll and please, stop saying Elvis Presley!

So you really believe the myth that Gene Simmons had a cow’s tongue surgically attached to his own tongue? Have you ever wondered that kind of medical practice and technology didn’t exist in the 1970’s. I don’t even think doctors would advice to let some animal parts be attached to human beings. It’s insanely disgusting and disturbing…

Gene Simmons’ tongue is just unusually very long. Props to him, he learned how to use it in a most disgusting and awesome way that led you to believe the myth…

5. Anyone who thinks Keith Richards is mortal

He is immortal and he is the only thing other than a cockroach that can survive a nuclear war.

We still wonder why Richards is still alive with all the drugs and alcohol intakes. He even outlived Michael Jackson, man! This guy! He may even outlived the sun.

So you think you know a lot of things, you think he is just a mortal like us? Think again… 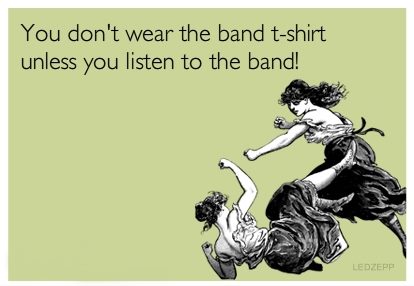