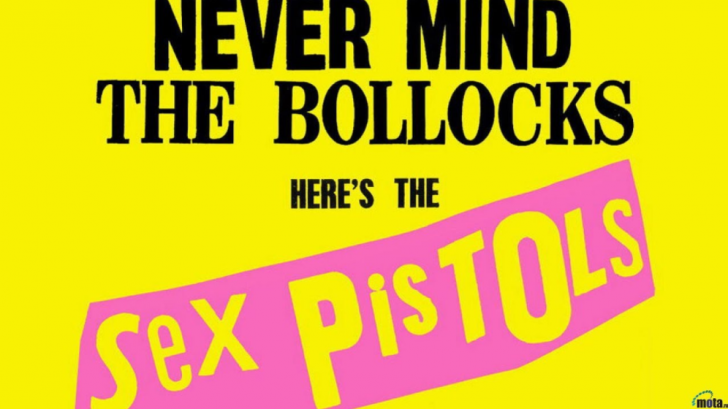 The Sex Pistols were the image and the flagship group of the punk revolution that took place in the UK in the late 70s. The Sex Pistols lasted very little in their day, but their existence was crucial to set trends in the history of music. The 7 Career-Defining Songs From Sex Pistols are all basically from their debut album, Never Mind The Bollocks, Here’s The Sex Pistols:

Johnny did not share hippie ideals, he believed that the message of peace and love was empty, and although he does believe in passive resistance, he prefers to overthrow order with words and actions, which is why he calls them lazy. Rotten had to rewrite the lyrics because he didn’t understand anything Steve had written, he didn’t even understand his handwriting himself, nor did he remember anything he had written, so even though the idea was the same, he reassembled it to his liking mode.

There is no song without controversy and this one is due to Rotten’s strange pronunciation, at this point you will have noticed that it slightly changes certain words to give them a second meaning; in this when Vacant sings, the end of the word is pronounced “cunt”, vulgarism that in English is the equivalent of pussy. Good riff, apparently Matlock wrote it based on a song by Abba, something that also irritated the spirits of the other members. Power in abundance.

Tired of the attempted manipulation of all the people around the band, Rotten wrote this satire to point the finger at all the liars attached, especially his manager, McClaren, who, on the other hand, was allowed his lies for accepting it as such.

Holidays In the Sun

Fleeing from London due to the harassment they were beginning to suffer, without needing a beach or mountain, they took a vacation of a couple of weeks in Berlin, which was the inspiration for the theme that opens their debut, a track that seems influenced by the song “In The City” that The Jam had released a few months earlier, something that involved a fight between Paul Weller and Sid Vicious, who received a bottle for showing off similarities in the song.

Anarchy In The U.K.

This song was, without a doubt, the origin of everything, with it they opened the box of thunder and became what they are. When EMI had the Sex Pistols on the list, they released this song as a single before there was any album, after the television incident, they broke their contract. Despite everything, it made it to 38th place on the charts. The lyrics criticize all civil wars and how the government influences citizen thinking.

God Save the Queen

This is the tip of the iceberg, one of the great songs of all time for its political involvement and its harsh message. It must be made clear that it is not an attack on the Queen of England, there is nothing personal, but they do attack the monarchy as an institution. Of course, the song was censored. The BBC media and by controlling the singles charts prohibited it from reaching number one despite having deserved it, something for which they apologized in 2001.

There is nothing like acknowledging that you have a problem. During the time that the band lasted, the fights were constant, especially when Sid arrived, who brought a plus of controversy between them. Rotten knew that adolescence is traumatic and is what he comes to criticize on this court, without throwing balls out, since he has also always considered himself a person with great problems. Sharp distortions and a sledgehammer of cynical authority.