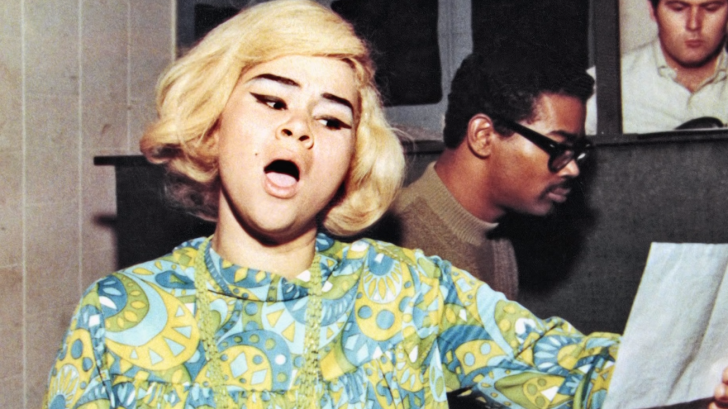 Etta James’s life was adverse and excessive: she did not know her father, her mother was a prostitute, and for many years she was addicted to heroin. Despite the drawbacks, she was one of the queens of music and blues. The sentiment is what Miss Peaches has not lacked in her nickname since she began.

Born in Los Angeles, California, on January 25, 1938, Etta made her debut at age 14, backed by Johnny Otis’s band, with a sassy, ​​incandescent, and a rabidly syncopated piece entitled ‘The Wallflower (Work With Me Annie).’

Don’t Get Around Much Anymore

Apart from all her majestic soul classics, an Etta James less recognized by the general public triumphed as a classical blues performer (listen to the album she dedicated to the legacy of Billie Holiday (“Mystery lady”, 1994) jazz of all coats, capable of delighting us with canonical pieces of the genre, such as this fantastic reading in the key of carnal soul of Duke Ellington’s incunabula ‘Don’t Get Around Much Anymore.’

The joy of living in all its most transparent energy, perhaps her most emblematic song, the one that established her as a great among the great rhythm and blues and soul vocalists of all time. She gave the title to her debut album, released in 1961 by Argo. Also released as a single once with a devastating B-side, the Muddy Waters classic ‘I Just Want To Make Love To You’.

Something’s Got A Hold On Me

Original by Etta James and Leroy Kirkland, very careful production by the Chess brothers, stuck to the deepest traditions of gospel and rhythm and blues. It was one of the singer’s first singles on Chess and was featured on one of her best albums.

Fascinated by the music that was being cooked in that small Alabama studio called Fame, where Aretha Franklin had given the best of herself, Leonard decided to entrust his greatest female talent, Aretha from Muscle Shoals, to the white musicians and producers of Muscle Shoals. Chess Records.

Another one of the many gems hidden in the grooves of “Tell mama” is this torrential piece, composed by a splendid Californian musician named Fugi (later a member of the funk-rock band Black Merda), a tormented and mercurial blues, with that disturbing atmosphere of worldly gospel supported by the organ background of Dewey Oldham and the muddy voice of Miss James paradigm of amour fou and all that the power of emotions means in black music, in the wake of two other classics from that exemplary album: ‘The Love Of My Man’ and ‘Don’t Lose Your Good Thing’

The Chess brothers sent Etta James to Alabama so that the world could enjoy the magical conjunction of two forces of nature unleashed, that of a mercurial singer accompanied by the best musicians of deep soul. Rick Hall of Fame production, with this glorious piece of jazzy soul. Recorded on November 30, 1967, three months after the rest of the “Tell Mama” repertoire.