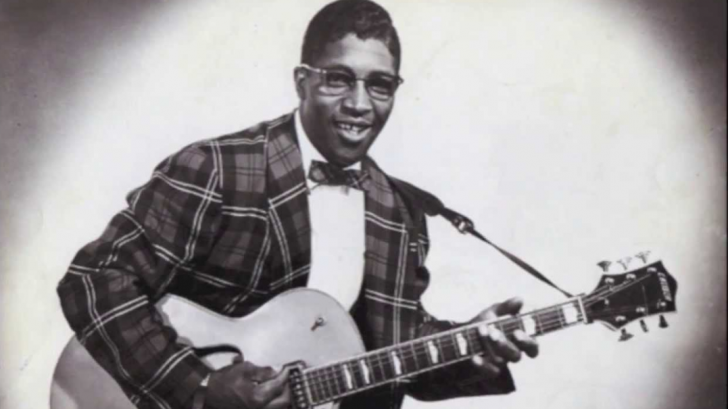 He called himself “The Originator” and there’s no denying that Bo Diddley was one of early rock n’ roll’s original great innovators. He was known for his strangely-shaped guitars, and was a pioneer in using females in his act, and arguably the best creative musician ever.

Here our look at 7 Classic Rock Songs To Summarize The Career Of Bo Diddley:

Bo Diddley released the songs in 1955 and was originally written by Chess Records bassist-songwriter Willie Dixon – it was Diddley’s third single release with Chess Records. The track appeared on the UK Singles Chart.

Mona was the B-side to his 1957 single “Hey! Bo Diddley.” He wrote it as a song praising a 45-year-old exotic dancer where he met at the Flame Show Bar in Detroit.

5. You Can’t Judge a Book By the Cover

One of the songs that pioneered rock n’ roll — though the song was originally written by Willie Dixon — and was Bo’s last chart hitting record.

Bo Diddley surely had a knack with women, and he showcased it in this song that he was really crackin’ it up. Many have covered the song including Billy Gibbons and Paul McCartney. The song was released in 1959.

3. Before You Accuse Me

One of Bo Diddley’s original composition — he released it in 1957 as the B-side to “Say, Bossman,” and he included it on his 1958 self-titled debut album.

Who Do You Love was recorded in 1956, and surely was one of Diddley’s finest works — it represents how incredible of a songwriter he was. The song is one of the important songs he ever wrote in his career.

In 1955, Bo Diddley wrote and recorded the song and one of the most enduring rhythm and blues during the era. I’m a Man was one of Bo Diddley’s first hits, and a variety of musicians recorded it which includes the Yardbirds.