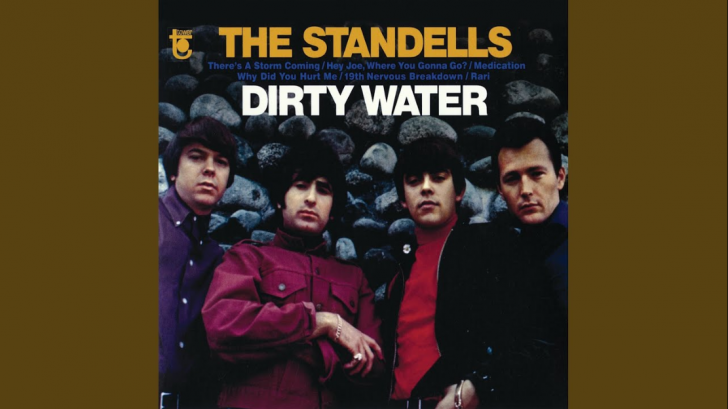 The Standells are known as a garage rock band bred and born from Los Angeles, California and was formed in the 1960s. They’ve been regarded as a “punk band of the 1960s,” and help inspired such groups as the Sex Pistols and Ramones. We look back at the 7 Classic Rock Songs To Summarize The Career Of Standells:

The song was written by their producer Ed Cobb. It was recorded in March 1965 and was released in November as a single, the same year. It was the title track from their 1966 album, Dirty Water.

One of the favorite songs by The Standells and it sounds like this is where the Monkees got their sound. The song was released in 1966 from the band’s album, Why Pick On Me.

One of the Standells underrated songs — that never received much playtime for two reasons: One for being a Standell song, and second, almost no one had ever heard it. The song was released in 1967 from their album, Try It.

One of the band’s classics, smart, and a great song they released during the 60s’ — so simple — and in simplicity the word “genius” is often displayed. Released from the band’s 1966 album, Dirty Water.

The only problem that this song had was it never made the Billboard Charts. This is one of their best songs they ever recorded. Released on the band’s 1967 album, Try It.

With their Dirty Water album, the Standells hit the charts. This song was released as a single in 1965 and was re-released on their 1989, The Best of The Standells.

Big Boss Man was a song first recorded by Jimmy Reed in 1960. The Standells covered the song as the B-side to their single “Don’t Say Goodbye” in 1965 and was re-released for their 1982, Mindrocker, Volume 5.