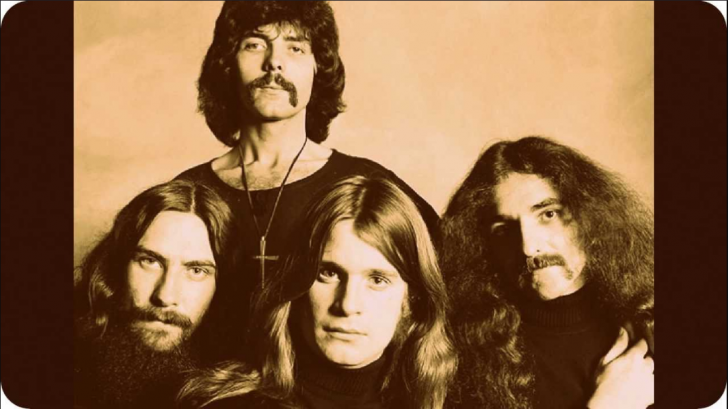 Almost every Black Sabbath song summarized their career — only a few songs that you can call not-so-heavy metal. But they didn’t invent heavy metal, Ozzy Osbourne, Tony Iommi, Geezer Butler, and Bill Ward was heavy Heavy Metal THEMSELVES. Their influence can be felt almost anywhere, and everywhere on every hard rock and metal band.

To celebrate their awesome career, we look back at their greatest 7 songs, picking 7 can do no justice, of course, and nearly impossible.

From the album Vol. 4 released in 1972. It signaled their transition point from being Sabbath to more expansive work. One crazy fact about this song is that it became John Bonham’s favorite song, and it may have influenced him in some ways.

No one knows what the song title’s stands for, and many have believed it is short for ‘Nativity in Black’ — but actually, the title is a reference to one of Bill Ward’s nickname and was based on his beard. Included on their self-titled album released in 1970 featuring Butler’s uncanny bass intro.

Included on their second-best-selling album as a strong anti-Vietnam war anthem. You can hear Ozzy’s anger ranting against the callous leaders at the time.

4. Children Of The Grave

One of their most criticized songs, based on its title because of the band’s devilish imagery. This song is a mosh-pit favorite, included on the album Master of Reality released in 1971.

The all-time classic, all-time favorite, and the most recognizable heavy metal riffs in the history of heavy metal. Included on the album Paranoid released in 1970.

Ozzy Osbourne! Playing the harmonica! Wait, what?! With this song, Black Sabbath showcased their blues roots, and there’s a strong indication that they pushed their boundaries. Released on their self-titled album in 1970.

The title track of the album, released in 1970. There’s no doubt that this is Black Sabbath’s best song, and that’s indisputable. The only bad thing about this song is that it ends, but very effectively prompting you to push the replay button again and again.