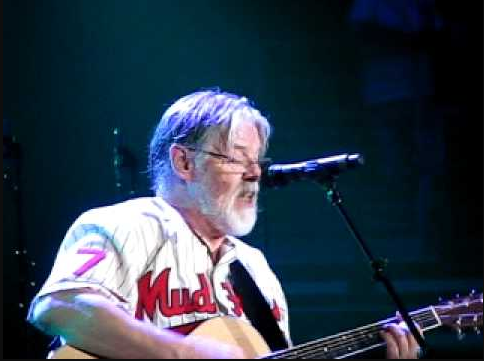 One Of Rock’s Prominent Performers

The man surely earned his spot alongside the Eagles and Bruce Springsteen, releasing several multiplatinum albums such as Stranger in Town, Against the Wind, The Distance and Like a Rock, and kept him at the top of his game.

We look back at the 7 songs that described his career:

One of his songs that brought him a national audience. Hollywood Nights is one of Seger’s best reflecting on his roots as he sang it.

The song was released in 1978 included on his album, Stranger in Town as a single. The song peaked at No. 12 on the US Billboard Hot 100 chart. Hollywood Nights was one of his songs back in 1978 where he managed to get the crowd so pumped up showcasing his stage antics, and the melodic vocals.

The title track of his 1976 album was said to have been inspired by George Lucas (Star Wars creator) American Graffiti.

The Night Moves was the title track from his ninth studio album with the same name released on December 1976 and was also his first album with the Silver Bullet Band which made him one of the ultimate rock stars in 1976 selling over six million copies in the US.

Turn The Page describes his life and journey as a rock artist.

The most notable version of the song was from Metallica’s, but it was originally sang and written by Seger back in 1972 and was released on his album titled, “Back in ’72.” The song was never released as a single but his live performance with the 1976 Live Bullet album gave him airplay to every classic rock stations even to this day.

Originally released as a non-single in 1971, and was performed and recorded on the album Live Bullet on September 1975 at Cobo Hall, Detroit, Michigan.

The song that is filled with his bluesy roots, released in 1970 on their third studio album, Mongrel.

The song peaked at No. 84 on the Pop Singles chart in 1970 and was considered by fans as one of his best songs he ever released and recorded.

Released as a single and it became the title track of their debut in 1969, it was basically the album that introduced Bob Seger to the world of rock n’ roll.

Released in 1969 by Bob Seger System, but before it became the title track from their debut, the album was first released as a single in October 1968.

Bob Seger’s first single released for Capitol Records which helped them to gain a new following and loyal fans in the Detroit area.

The song was an anti-Vietnam war and was released on January 1968 with his band The Bob Seger System, and it was the song that inspired Jack White to record his 2003 hit with The White Stripes “Seven Nation Army” because it was his personal favorite song and was a fan of early Seger and his works.