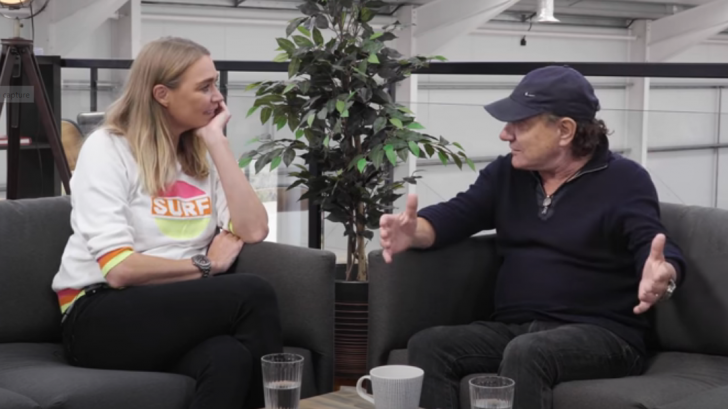 The rocker is a self-confessed fan of cars, and in his garage, there is room for Ferrari, Rolls-Royce, and classic gems.

Back in Black is one of the most successful albums in rock history. It was released by AC/DC exactly more than 40 years ago, and its hits made it the second best-selling album in history, with almost 30 million certified copies (the first, by far, is Michael Jackson’s Thriller).

This album, whose title Back in Black was put in tribute to the former singer of the band, Bon Scott, who had died in February 1980 from alcohol poisoning.

Brian Johnson debut in the band could not be better. Not only did he put his voice on the new album but he would become one of the pillars of the band, and his voice with a harsh tone in one of the most recognized rock records.

In addition to his passion for music, Brian Johnson is a huge fan of cars. As a young man he shared his time in rehearsal rooms and stages repairing car roofs and windows. Later, already consecrated, he had the pleasure of participating in several competitions and even had his own television programs dedicated to Cars (Cars that Rocks and Life on the Road).

Watch Brian Johnson Shares His Car History with Kidd in a Sweet Shop in the video below: