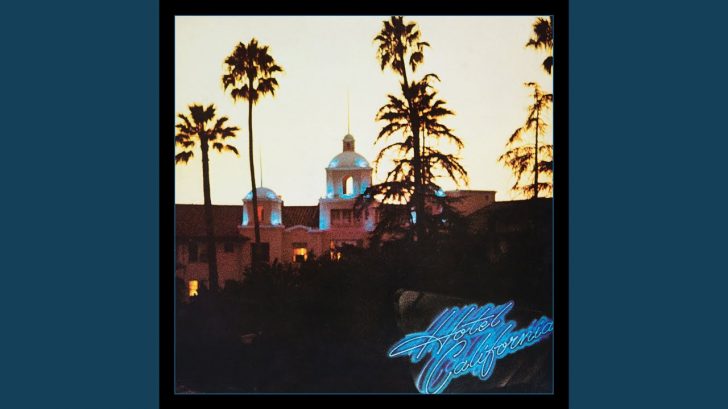 With the departure of Bernie Leadon from the band, The Eagles choose Joe Walsh, one of the most impressive classic rock guitarists in the country, as their replacement.

Hotel California LP is a classic of commercial country-rock and soft-rock from the 70s. It was the fifth LP of the Eagles group and includes the famous song of the same name (and the best of the band’s career) that the album titled, number 1 on singles charts just like the album, and “New Kid In Town,” an esteemed soft-rock ballad.

“New Kid In Town”, returns to the country sound of its previous installments, although the production is somewhat thick and sweetened; nothing to do with the version that the band did live, more full of life, less corseted. As a curiosity, it is the only song from “Hotel California” that Frey sings, accustomed as we were to hear his voice in most of the Eagles recordings. On this album Don Henley voices more than half of the compositions, leaving the rest of the band – except Felder, as we will see later – one song per head.

Fortunately, the album recovers from the setback with another great classic like “Victim Of Love”, one of those songs that cannot be missing from any compilation of The Eagles; the riff at the beginning is pure rock, sounding at times like Lynyrd Skynyrd themselves, although the rest of the song starts at a different cadence from the Florida band’s characteristic sound, but sounding authentically rock.

“Hotel California” was an absolute success all over the world and the song of the same name has remained as an immortal and imperishable piece of rock history, although it is a work that leaves us with the bitter feeling of “what could be and not what it was ”, remaining in a just notable (being generous); What started out as something that aimed really high ended up slowly but inexorably deflating.