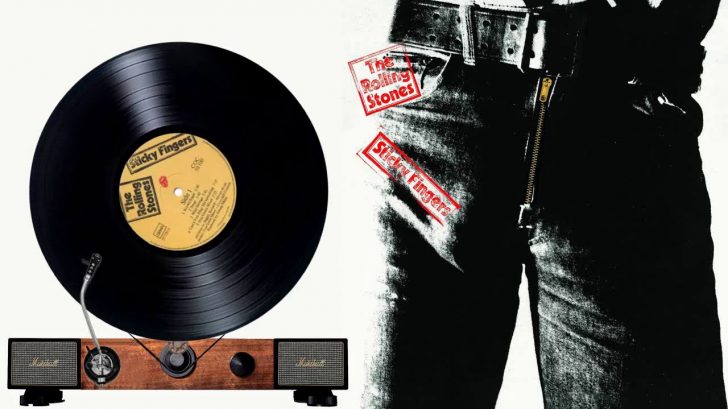 It is an essential rock album with black rhythms, blues, and country strokes on hallucinogenic matters and sexual avidity. “Sticky Fingers” is an impressive sound journey that crushes us with intense electric riffs, passionate acoustic traverses, emotional ballads, and some piece of narcotic essence.

The album begins with the classic and historical “Brown Sugar”. Richards had been researching open tunings for some time, taking them to the highest level on this topic. Timeless riff like few others. Again Bobby Keys on sax and Jagger talking about interracial sex. “Brown Sugar” was the song that opened all the concerts of the legendary and wild American tour of 1972.

The starting grid is closed by “Wild Horses”, which is neither more nor less than, along with “Angie”, the most important ballad of the group’s entire career, and that’s saying a lot. The cloak of acoustics that embraces the melody, reminiscent of country, again immensely sung by Jagger, softens the harsh lyrics of losses.

Can’t You Hear Me Knocking

“Can’t You Hear Me Knocking” is one of the band’s most psychedelic songs. That feeling that they could have winked at Santana would not be anything strange, but the track has by itself the elegance and symphony of the Stones, where they make us travel through an unreal atmosphere, in which the saxophonist Bobby Keys delivers us the best of him, accompanied by the guitars of Richard and Mick Taylor, who was the replacement for the late Brian Jones. This song is was in the 1995 film by Martin Scorsese, Casino, which starred Robert De Niro, Sharon Stone, and Joe Pesci, among others.