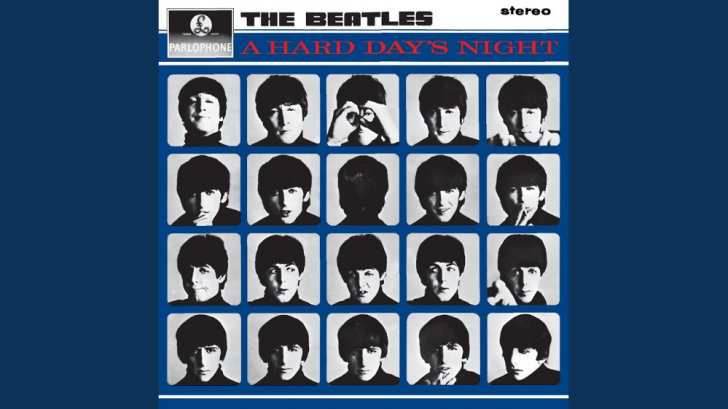 This record starts off as a soundtrack for the film of the same name starring in the Fab Four. Their fame and popularity were already a matter of status, and they were trying to sell (exploit) with all kinds of merchandise, but they took every opportunity to get oil from where they least expected it.

It might seem that they would not take it seriously, or that the weight on their backs would already begin to weigh on them, but neither short nor lazy decide to compose all the songs themselves, to release their first album without versions by other artists and on top of being a success.

Classics of the Fab Four like ”And I Love Her”, pure McCartney sentimental, or ”Can’t Buy Me Love”, its other side, the beat part that so little brought to light but what good results it gave, belong to this stage.

For his part, John Lennon gives us practically the rest of the album, with “Any Time At All” as standard-bearer. It is the only album in which the pairing is broken a little, being Lennon clearly the one who carries the weight of the album with his creations, leaving only three songs for the rest.

Their life was a real madness, they lived in seclusion and without free time, but their talent was still intact, and they billed album after album that feeling that the great was about to arrive – it was indeed a Hard Day’s Night all the time for them.

Keep going below and listen to the album: