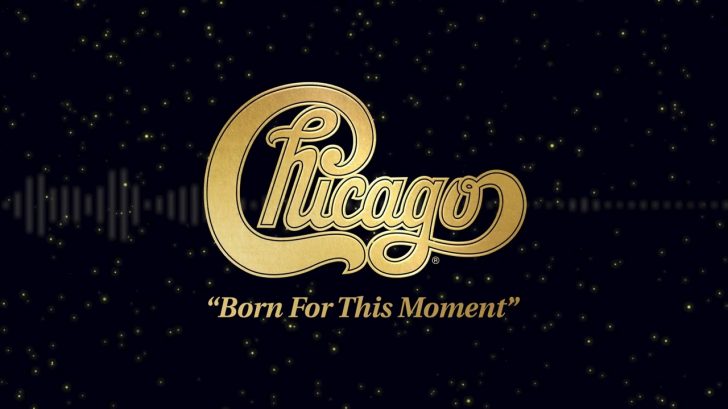 These days, it’s tough to discover new Chicago records. Born for this Moment is their first album in eight years, with the exception of a Christmas album issued in 2019. But, no matter how many years pass, we’re always eager about which Chicago we’ll be assigned.

After all, the brass-rock band’s roster has changed multiple times throughout the course of its 55-year career. The pioneering and frequently free-form experiments of the 1970s were mixed in with polished, chart-worthy singles, and then, towards the decade’s close, there came the even more mainstream, multiplatinum triumphs of Chicago 16 and 17. After a varied five and a half decades, each new turn on any particular journey makes sense.

Born for This Moment follows in the footsteps of co-founders James Pankow and Lee Loughnane, with plenty of pop tunes and Chicago’s signature brass arrangements. But, more than anything, the 14-track collection, produced by Joe Thomas (Stevie Nicks, Brian Wilson, Tom Petty), heralds the official debut of vocalist and guitarist Neil Donell, a Canadian who took over the tenor (aka Peter Cetera) seat in 2018 but has yet to make his imprint on record. Donell joins Chicago’s other original members – Pankow, Loughnane, and Robert Lamm – on the album, but with nine lead or co-lead vocals, he becomes more than simply a member of the group’s travelling entourage.

Born for This Moment’s title tune, one of three written by Lamm and Ides of March and Survivor veteran Jim Peterik, is a love ballad with a somewhat Latin sway and a gorgeous array of brass and swings, with the horns modulating a scorching jam toward the conclusion. Donell and Lamm switch vocals on the boy-band-ready hit “If This Is Goodbye,” while “Someone Need Me the Most,” with a guest vocal by Toto alumni Bobby Kimball, sounds like an outtake from Chicago’s 16/17 era. Donell’s sole composition credit is also on Born for This Moment’s greatest song, “Safe Harbours,” a musing on the aspirations and dreams parents have for their children when they send them off to a new school.

Pankow, too, is thinking about parenting in the lovely and, yes, cheesy “Make a Man Out of Me,” while Lamm’s songs are romantic and nostalgic. With explicit instrumental allusions to “Beginnings,” “Our New York Time” reminisces about falling in love in his homeland, backed by a classic horn arrangement and one of the album’s hottest guitar solos (by Tom Bukovac). “The Mermaid (Sereia Do Mar)” taps into a loungey Latin vibe, while “The House on the Hill” ponders mortality, realizing the toll of a life spent in movement.