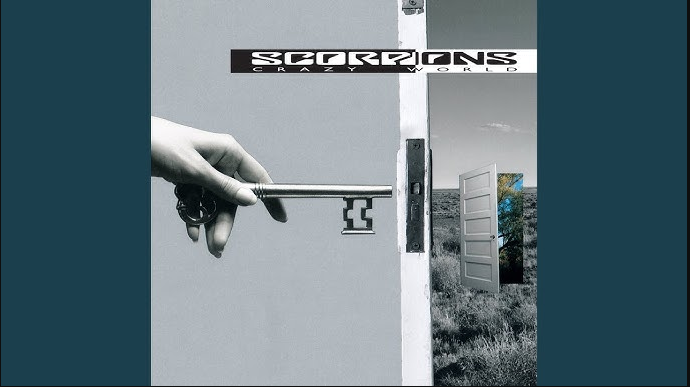 When Scorpions released their 11th studio album in Nov. 6, 1990 – they welcomed a new decade with fresh materials. Crazy World was Scorpions comeback and making a return to their original sound – but featured new and clean guitar-driven tracks.

They abandoned their original sound with their previous LP, 1988’s Savage Amusement. In that LP, they indulged with pervasive electronics, guitar synths, and even dance beats – making them more like a rock disco band. However, they still managed to sell a million copies and reached No. 5 in the U.S.

The LP marked their last collaboration with their record producer Dieter Dierks — who had handled every Scorpions album since 1975’s In Trance. Dieter Dierks was important to them because he was the reason and helped create the classic Scorpions sound.

For Crazy World, the group asked help for Keith Olsen and decided to focus more on songwriting and making it a little more different than they used to do.

The result of Crazy World was surprisingly enormous — it marked the return of the original classic Scorpions sound. Showcasing a melodic hard rock sound — giving as such classic tracks — “Tease Me, Please Me,” “Don’t Believe Her,” “Lust or Love” and “Kicks After Six, including the awesome rocker tracks, “To Be With You in Heaven,” “Restless Nights” and the title track.

But the final complement to this album is the most well-known and iconic songs such as “Send Me an Angel” and Klaus Meine’s political and whistle-powered track, “Wind of Change.”

Despite having successful hit singles, the album though did not do well on chats as it reached at No. 21 on the Billboard album chart. After this album, Scorpion would never be the same again as Buchholtz departed in 1992, and Rarebell followed in 1998. Crazy World provided as the most classic Scorpions sounding with the group’s “classic” lineup.