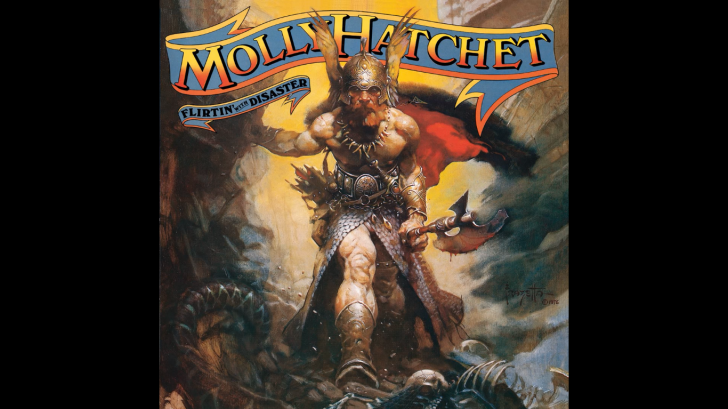 Without beating around the bush or frills, Flirtin’ With Disaster is one of those works that constitutes a milestone in the history of a southern rock genre. And, as often happens, it has been surpassed again: neither by its imitators nor by its creators.

Molly Hatchet appeared on the scene in the mid-1970s when southern rock was at its peak and commercial heyday thanks to the pioneers Allman Brothers, and especially the Lynyrd Skynyrd. The latter were the absolute stars, but they were not the only ones. The southern pride scene provided us with a multitude of bands, perhaps less noticeable, but strong enough to shine; such as the Outlaws, Ricky Medlocke’s Blackfoot, or the Black Oak Arkansas outlaws of that southern Elvis named Jim Dandy. And next to them, there were the Mollys. And from its inception, they have been confirmed as one of the most promising groups on the scene.

Taking their name from that of a supposed prostitute who beheaded and mutilated her clients after the service – that’s having the attitude, ladies and gentlemen – the Mollys were patronized by Pat Armstrong, who was manager of the Lynyrd for a brief period in 1970. Their self-titled debut still shines through thanks to their great combination of boogie rock, country, and hard rock that set them apart from their contemporaries. But it was Flirtin ‘with Disaster the album that opened the doors to success and turned them, overnight, into legends.

Featuring spectacular and magnificent cover artwork by artist Frank Frazetta, known for his great contributions to fantasy and science fiction, featuring a menacing Viking that would make the Manowar’s cry. A statistic is only shared and matched by the Lynyrd Skynyrd. And like their Jacksonville comrades, the Mollys were also made up of a triple-guitar section and a charismatic singer: the rough, hoarse throat of the late Danny Joe Brown.

Flirtin ‘with Disaster is one of the Molly’s best records, and ultimately one of the most perfect southern rock works ever made. Years do not pass through him, like all good whiskeys, and he always has to be at hand in case of boredom, drowsiness, or simply boredom of any mediocrity that they want to sell us. Molly Hatchet are absolute law and mandatory reference for any lover of southern rock. And may this mysterious and imposing Viking be with you forever when you need him most.