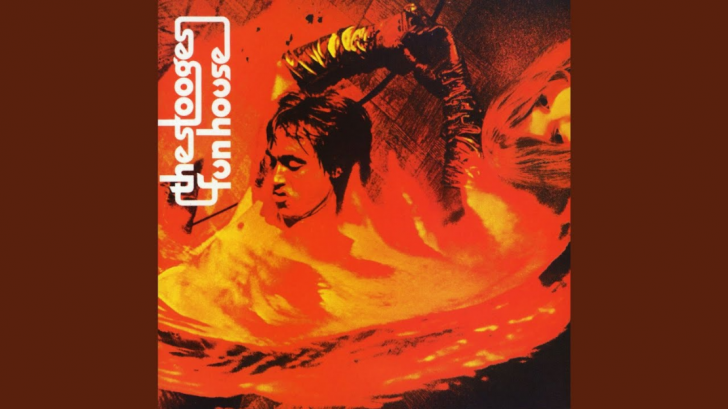 After The Stooges released their debut album in 1969, it didn’t go well, and never even reached the Top 100 on Billboard‘s album chart. The Stooges were somewhat ignored, and many people were not expecting any follow-up soon.

The Stooges took that as liberty, free to any high expectations, so they did what they wanted to do and explored almost any path during the Fun House recording. They were lucky that their record company had still faith in them despite their big loss on the debut album. From time to time, the Stooges were gaining their momentum, slowly, and started to garner some fans with their plugged-in, distortion-overloaded brand of scuzzy garage rock. Fun House, though an album that was not anticipated, was being recognized.

The label decided to enlist former Kingsmen keyboardist Don Gallucci to run sessions with the band. Don worked hard leading for the album to become, since its release on July 7, 1970, one of the cleanest, pummeling, and aggressive sound ever made. Everything they did was no easy task until they managed to settle on a definitive version.

The Stooges, of course, had nothing to lose because their debut album was nor fun nor impressive in the ears of the mainstream, so they decided to record Fun House with all amps cranked to full power, band members in one room playing at the same time, and Iggy Pop doing his stage antics in the studio, and the outcome was enormous: the start of PUNK REVOLUTION.