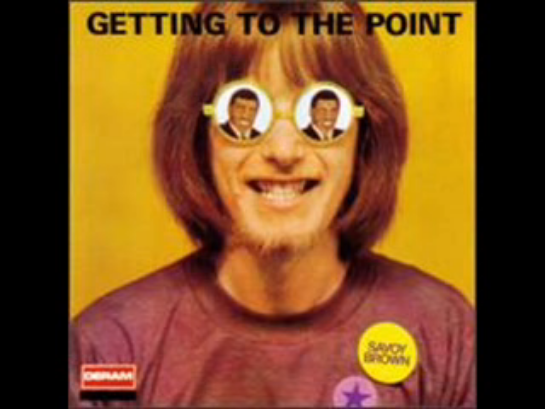 Savoy Brown, one of the best blues bands, were a creative group in the late 60s’ and early 70s’ — if we’re gonna decide the best albums during that period, then Getting To The Point is the most overlooked and under-rated.

The album kicks off and wraps up with pure blues that is combined with an eclectic mixture of rock, boogie, and blues between. Chris Youlden vocal chop is just another plus and you surely are in for a treat when he starts to sing. While Bob Hall’s rocking piano really sets the mood for the album and makes it very different from other Savoy Brown records. Lastly, Kim Simmonds just killing it off on lead guitar. Some of the must-listen tracks on the album are, Flood In Houston; Someday People; Mr. Downchild; Stay With Me Baby; and title track; Getting To The Point and, of course; The Incredible Gnome Meets Jaxman.

The final three were not included in the original, and among these three Someday People is by far the song. Savoy Brown knew how to draw some songs out in lengthiness, and they are pretty apparent on Honey Bee and You Need Love that kicks ass making this a very fine album.

Savoy Brown has transformed a lot during their long career, but the best material they’ve ever released was the Simmonds/Youlden period. Fans of blues rockin’ recordings, this is a must-own album, Getting To The Point is one of the best examples of the British-style blues available on the market.

And you can listen to the full album below: