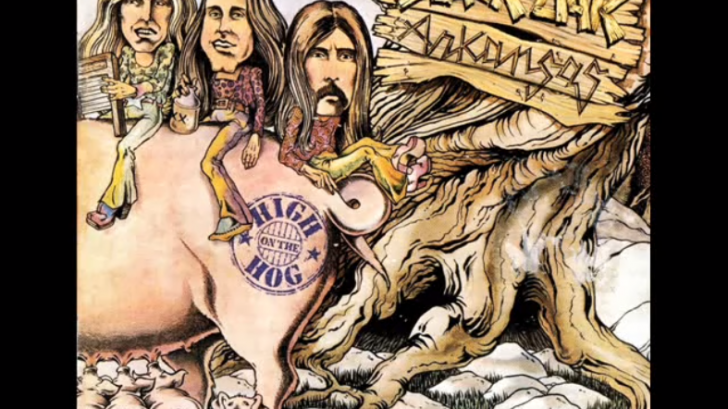 “High On The Hog” is a remarkable album by the southern rock group Black Oak Arkansas, where we find spirited rock songs with country and boogie strokes manifested in a festive tone with a peculiar, roaring, cocky vocal expression of the ineffable singer Jim Mangrum.

Black Oak Arkansas origins date back to 1965, although they called themselves by another name. Already at that time they had problems with justice, they were even convicted although the charges were later dropped. Their first album dates from 1971 and despite their religious inclinations, they had problems with fundamentalist groups because they believed that one of their songs heard backward contained satanic messages, the typical thing. Little by little his popularity increased until he performed at the famous California Jam festival in 1974. From 1975 their star began to decline and it was not until the early eighties when they took on new airs, changing the sound of their music towards a heavier style.

The ten songs that make up the album are all appreciable, but its outstanding ensemble includes pieces such as the rhythmic classic by Lavern Baker “Jim Dandy” (sung with Ruby Starr), the evocative acoustic country-folk piece “Back To The Land ”, The sexual“ Happy Hooker ”, the funky-rock of“ Swimming In Quicksand ”, the outstanding instrumental“ Moonshine Sonata ”and the melodic country ballad“ High And Dry ”.

The album in question is excellent, it has many variations over the course of its duration, I assure you that you will not be bored. The baseline is good southern rock blending with powerful hard-blues. But there are surprises: the fantastic guitars that tyrannize throughout the album are an example and “Moonshine Sonata” is the most successful culmination.