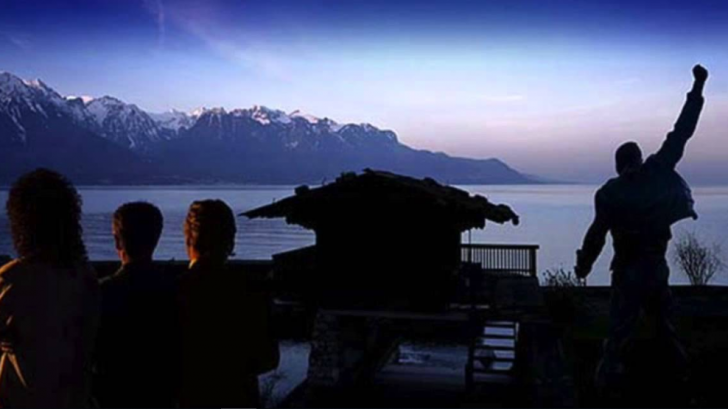 After Freddie Mercury’s death in 1991 – many have thought it was the of Queen’s classic era. However, that era ended after the release of Made in Heaven which was released in Nov. 6, 1995, 5 years after Mercury’s passing.

Made in Heaven was Mercury’s last recording before Aids would take his life in 1991. Marking also the final full-length project to feature the band’s co-founding bassist John Deacon.

Mercury, despite succumbing with Aids, he worked incessantly in the months of 1991 after the release of  Innuendo just so he can provide more materials for Queen to continue without him. He recorded Made in Heaven moving from Munich to Montreux where Queen owned Mountain Studios, for Freddie so he could work through his last days.

Freddie’s health would decline, but he still managed to put down vocals, right up until September 1991 – then his last recording was a track called “Mother Love.” By November, Mercury would pass away. He left his bandmates devastated. Made in Heaven was his last wish, but his bandmates took them nearly two years before they could work to the project again.

“I have never got over his death,” drummer Roger Taylor later told Rolling Stone. “None of us have. I think that we all thought that we could come to terms with it quite quickly, but we underestimated the impact his death had on our lives. I still find it difficult to talk about. For those of us left, it is as though Queen was another lifetime entirely.”

“Mother Love” was the indication that Freddie was going through a lot “I’m a man of the world and they say that I’m strong,” Mercury sings at one point. “But my heart is heavy and my hope is gone”) but no one ever knew that he would leave us too soon which led Brian May ended up having to sing the last verse as Freddie was no longer with them.

Made in Heaven became Queen’s fourth U.K. No. 1 in row, and seventh overall. Deacon’s reason for announcing his retirement a few years later was because “Freddie’s death affected him badly,” Robert Ahwai a college friend and musical collaborator, later said. Maybe he thought, ‘Freddie was the band, so what’s the point?'”

Made in Heaven was their last chart-topping album and never been back to the top since.