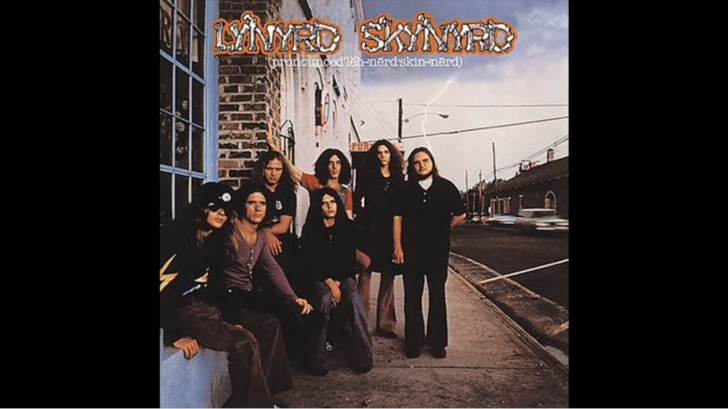 British bands were ruling the music world during those times, but the birth of the greatest southern rock band ever, Lynyrd Skynyrd in 1973 put a stop to it. They started out when they released their debut called Pronounced ‘lĕh-‘nérd ‘skin-‘nérd – and no one expected that its release would do anything, but it did the opposite and did something more.

The album features some of Skynyrd’s greatest and most recognizable songs such as the emotional track “Simple Man” to the ballad “Tuesday’s Gone” and the never-ending greatness of “Free Bird” that features what was said to be the greatest solos of all time. Songs like “Gimme Three Steps” and “I Ain’t the One” came out strong as well, and had some heavy riffs, and while “Things Goin’ On”, “Mississippi Kid” and “Poison Whiskey” prove that they were one of the most influential southern band ever.

Let’s rundown the songs from this album one by one:

The song is a great way to get hook on the album – it has some stomping drum beat and hard-rocking riffs.

This song is quite recognizable by any Skynyrd’s fans, and it was mostly used by a lot of popular movies such as Happy Gilmore. The album is a ballad and has a lot of emotions to it.

Most definitely everyone’s favorite song on the album next to Freebird. They showed their sensitivity with this song, the vocals, and the lyrics were indeed perfect.

It had some nice guitar intro, and it started to kick the hell out of the listeners’ butt.

The nice addition for the perfect album. The Van Zant sings it, you’ll love that southern accent. It may not be Skynyrd’s best but it didn’t disappoint.

Short with full of action, it’s probably the most underrated track on the album. Everything about it is perfectly done, catchy verses, and the vocals is mesmerizing. The guitar duo Rossington and Collins made it an action-packed song with their awesome leads.

And finally!  “Free Bird!” One of the greatest songs ever written of all time. Here’s why: halfway it’s like Tuesday’s Gone, sounding like a very ballad, and then slowly moving to the climax: “And this bird you cannot change, lord knows I can’t change,” and after that line, one of the greatest solos’ ever kicks in.

“If I leave here tomorrow, will you still remember me?”

There you go, Lynyrd Skynyrd’s debut surely is a monster! And that’s just the debut! Right?! Right?!